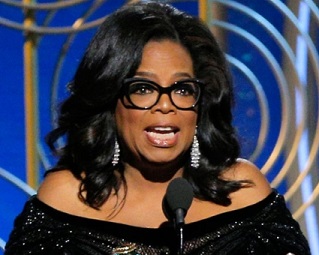 Chances are that even if you haven’t formally heard of the “content wars” going on right now, you’re already a part of it. You’d be hard-pressed to find a household that doesn’t use Netflix, Amazon Prime Video, Hulu, or some combination of the three. Not to mention, we have future streaming content platforms to expand (or dilute) options even further, such as Disney’s planned streaming service. CNN reports that Oprah is putting her name with Apple, signing a deal to produce original content for its streaming platforms.

“Together, Winfrey and Apple will create original programs that embrace her incomparable ability to connect with audiences around the world,” the company said in a statement. “Winfrey’s projects will be released as part of a lineup of original content from Apple.” What’s less clear is whether or not she will appear in any of these agreed-upon shows, but many theorize that she will have an on-screen role as a host and interviewer. Financial details were also not disclosed.

Note that this deal won’t have any impact at all on the deal that Oprah currently has with OWN, which was recently extended into 2025. This is in the middle of an “arms race” to lock up producers, showrunners, and performers, between the major streaming platforms, who are willing to pay good money to do so. For Apple, this is one of many deals for over a dozen major shows with names like Reese Witherspoon, Steven Spielberg, Octavia Spencer and Kevin Durant. Getting Oprah and her fanbase on board may be the biggest coup yet for Apple, though.

For Apple, the benefits of a deal like this are twofold. This not only keeps Apple customers in the brand’s orbit for original content, but also helps them bring on talent who know how to make good television. By its own admission, this is new and unfamiliar territory. “We don’t know anything about making television,” Apple senior vice president Eddy Cue told CNNMoney. “So what skills does Apple bring to that? And the viewpoint is: very little. There are other things we bring. We know how to create apps, we know how to do distribution, we know how to market. But we don’t really know how to create shows.”

What Will LeBron James’ Departure Mean For Cleveland’s Economy?