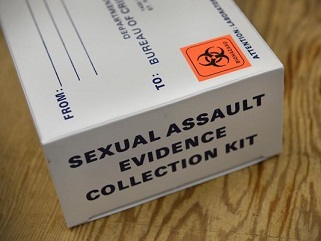 The Ohio Fraternal Order of Police is slamming Attorney General Mike DeWine, saying he has not done enough to speed up drug kit testing within his agency. However, DeWine’s office disputes the allegations of sluggish turnaround times.

Drugs found at crime scenes are sent to the Ohio Bureau of Criminal Investigation, or BCI, and must be returned to be used as evidence in court cases.

Jay McDonald of the Ohio FOP says, at one point last year, it took BCI up to 136 days to get these kits back.

“The main consequence is that we end up reducing drug charges or eliminating them altogether. Really putting law enforcement and local communities into a bind,” says McDonald.

The FOP has endorsed Democrat Richard Cordray who’s running for governor against DeWine, the Republican nominee.

Dan Tierney with the AG’s Office counters that these numbers are “extremely outdated and misleading.” He says the opioid epidemic led to longer turnaround times but DeWine mitigated that by hiring more investigators.

Ashanti Shares Her Own “Me Too” Story!