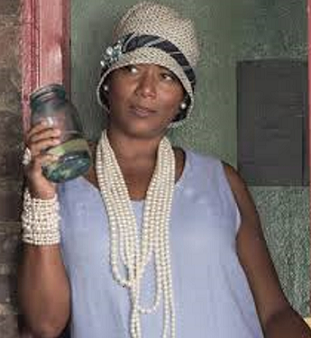 The Rhinelander Affair by William Kinsolving features the 1925 controversial divorce trial in New York City. The legal drama involves a man from an upper-class family who married a bi-racial working-class woman. Producers Mark and Christine Holder are now bringing the story to the big screen.

The project has Octavia Spencer and Queen Latifah on board. The story is about Leonard Rhinelander and Alice Jones. The couple fell in love with each other when Rhinelander was only 18 years old and Jones was 22 years old. Even though Rhinelander’s family tried to keep the two apart, they were able to secretly wed until the news hit the papers.

For three years, the media kept covering the couple. Some raised that Jones might have gotten Rhinelander to marry her by not telling him she was bi-racial. Her mother was English while her father was an English-Indian taxi driver. The couple stood by each other’s side until the pressure both internally with their families and externally with the media started to crack their marriage.

The couple ended up divorcing each other. At the court, an all-male and all-white jury stood before Jones. At some point in the trial, she even had to show parts of her body to prove the jury that she wasn’t a Negro. Lee Davis, a veteran defense lawyer knew that the case was unlike any other he’s defended.

Jones eventually admitted that she was partly black while Davis insisted that her ex-husband knew this fact to some degree. Hence, if that was the case, there was no fraud.

Currently, Spencer is starring and producing Apple’s first production, Are You Sleeping, which is a limited 10-episode series. At the same time, she is also on board the Madame CJ Walker project with LeBron James. The limited series is featured at Netflix. Spencer is also an executive producer of The Green Book which is set to be released in movie theaters on Thanksgiving.

Meanwhile, Latifa’s Flavor Unit production has been producing several shows on television and movies as well. She continues to produce shows such as From the Bottom Up, The Rap Game, and Let’s Stay Together.

Both actresses have received nods from award-giving bodies specifically the Academy. Latifah received a supporting role nomination for Chicago while Spencer won an Oscar for her supporting role in The Help. Her movie Hidden Figures was also nominated and The Shape of Water won for best picture.