By Jay Connor, The Grapevine 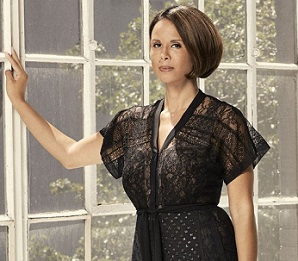 Warner Bros. Television announced that Extra host A.J. Calloway, who’s been accused of sexual assault and other acts of misconduct by multiple women, has been suspended pending further investigation of the allegations.

“Upon becoming aware of allegations of sexual misconduct against AJ Calloway, we began an internal review to determine whether there had been any misconduct by Mr. Calloway on Extra and whether any employee of the show had been the victim of any such misconduct,” the company said in a statement. “To date, we have found nothing to suggest that Mr. Calloway has ever engaged in workplace misconduct.

“In light of additional allegations brought to our attention, we are expanding our ongoing inquiries, and Mr. Calloway has been suspended pending further review. We take such allegations very seriously and are committed to doing everything we can to ensure a safe and inclusive workplace for all of our employees.”

According to Deadline, Calloway, who has co-hosted Extra since 2008, will still receive compensation during his suspension while the investigation continues. In 2017, Calloway was a co-host for The Root’s annual Root 100 gala.

Last June, writer Sil Lai Abrams accused Calloway of sexual assault. However, when nothing materialized from those allegations, a subsequent incident in December prompted a deeper dive into Calloway’s pattern of behavior, as well as an official statement from Warner Bros.

“We take allegations made against our employees seriously and investigate appropriately,” an Extra spokesperson told Deadline in a Jan. 4 statement. “To date, we have not received a complaint about A.J. Calloway and his work on Extra.”

Following his suspension on Saturday, the 106 & Park alum’s attorney, Lisa E. Davis, responded with a statement to The Hollywood Reporter: “Mr. Calloway maintains that these unsubstantiated allegations are patently false. He vehemently denies that he ever assaulted anyone and looks forward to clearing his name.”