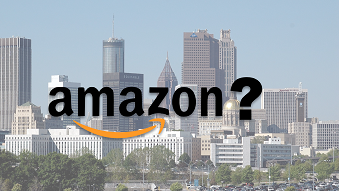 Local and state leaders offered Amazon up to $3.5 billion in incentives in Cleveland’s failed bid for the tech giant’s second headquarters, according to an unredacted bid released by the city after a court order on Friday.

This new release shows what the city had sought to conceal from the public. In an earlier release last year, the city had redacted incentive details, renderings of the proposed downtown campus and references to a “microgrid.”

The bid included tax breaks and other incentives, a downtown campus for Amazon and a K-12 school near Cleveland State University. The incentive number appeared to be an upper estimate of a package that could vary in value.

The city released the bid to comply with a March 8 order by Judge Patrick M. McGrath in the Ohio Court of Claims, which adjudicates public records disputes. WEWS reporter Sarah Buduson had filed the case early last year.

“While we do not agree with the ruling, we will comply,” the mayor’s office said in a news release. “In less than 120 days, the working team created an impressive proposal highlighting the strengths of our region, in pursuit of an unprecedented economic development opportunity.”

JobsOhio and state reserved the right to “claw back” incentives if Amazon didn’t meet projected hiring and payroll commitments, according to the bid.

Cuyahoga County pledged $300 million, based on the additional sales tax revenue Amazon would generate over 20 years. The county also said it would spend $200 million to build a “downtown Cleveland microgrid” to provide electricity and internet.

The city and county offered another $600 million in tax abatements and tax increment financing over 30 years for the headquarters. (The exact value could vary; Cleveland estimated that the non-school TIF package could be worth up to $987 million.)

According to the bid, Cleveland State University would have provided 10 acres of land near campus to create “Amazon University,” an event center and K-12 school with an International Baccalaureate program.

Last year, Cleveland released a redacted version of the bid, arguing that elements of it were trade secrets exempt from release.

A special master appointed by the court to review the case brought by WEWS concluded in February that the city “failed to show that any information in the bid document constitutes a trade secret of the City of Cleveland.”

The latest release does not include a six-page letter from JobsOhio and the state, which the special master determined was not a public record.

Cleveland One Of The 15 Least Safe Cities In America, New Study Finds!