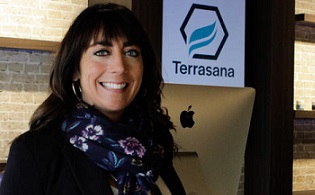 Two of the medical conditions rejected for inclusion in Ohio’s Medical Marijuana Control Program in 2019 are getting another chance this year.

An Ohio State Medical Board committee will once again consider anxiety and autism spectrum disorder as conditions for which medical marijuana could be recommended to patients.

The committee will consider new information provided on those two issues as well as cachexia, a severe, chronic wasting disease that is often a sign of an underlying illness such as cancer.

Board spokeswoman Tessie Pollack says it’s now up to experts to weigh in.

“We will gather input from those experts. We are also going to gather public comment on these conditions being considered and then, moving forward, we will reconvene and discuss the information that was gathered,” Pollack said.

The panel rejected new consideration of three other conditions that were turned down last year, saying there was not enough new evidence to warrant reconsideration.

Last June, the 12-member board rejected petitions to include depression, insomnia and opioid use disorder in Ohio’s medical cannabis program, but tabled the vote on anxiety and autism spectrum disorder.

More than 20 conditions are already approved for marijuana treatment in Ohio, including AIDS, epilepsy, multiple sclerosis, chronic pain, PTSD, cancer and many others.