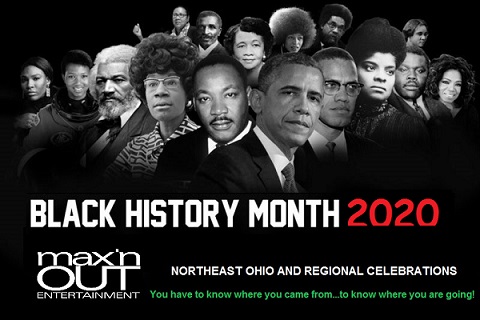 Carter Godwin Woodson was born on December 19, 1875 in New Canton, in Buckingham County, Virginia, to parents who were formerly enslaved. He was instrumental in bringing professional recognition to the study of African American history during a period when most historians held the opinion that African Americans were a people without history.

He founded the Association for the Study of Negro Life and History in September 1915 and a journal to chronicle the history and advancements of African Americans. To draw greater attention to the contributions and achievements of African Americans to civilization, he and others founded Negro History Week in 1926. He chose the week to coincide with the birthdays of Abraham Lincoln on February 12 and Frederick Douglass on February 14, whose lives and work supported freedom, equality, and citizenship for African Americans. This celebration and remembrance would later evolve into Black History Month, celebrated nationally beginning in the mid-1970s. Years later many referred to Woodson as the “Father of Negro History.”

The association today sets the theme for Black History Month and serves as a resource for local, state, and international branches to help promote greater knowledge of African American history through programs of education, research, and publishing.

Born to a poor family, Woodson supported himself by working in the coalmines of Kentucky. As a result, he was unable to enroll in high school until he was 20. After graduating in less than two years, he taught high school, wrote articles, studied at home and abroad, and went on to earn a doctorate in history at Harvard University in 1912; at the time, only the second African American to receive a Harvard doctorate. His predecessor was the eminent scholar, W.E.B. DuBois.

His organization, the Association for the Study of Negro Life and History, encouraged scholars to engage in the intensive study of the past as it related to Africans and their descendants through the world. In 1916, Woodson edited the first issue of the association’s principal scholarly publication, The Journal of Negro History (now the Journal of African American History), which, under his direction, remained an important historical periodical for more than 30 years. Woodson served as dean of the College of Liberal Arts and head of the graduate faculty at Howard University, Washington, D.C. (1919-20), and was dean at West Virginia State College in Institute, West Virginia (1920-22).

In honor of Black History Month, throughout February, we will be highlighting black leaders, alumni and organizations that have made a significant impact on the African American experience. More info available here.

Sassy Mamas, written by award-winning playwright Celeste Bedford Walker, tells the story of three sophisticated and successful women, in the autumn of their lives, finding themselves living single and ready to mingle–but this time with much (much) younger men. A recent widow, a divorcée, and a career woman all use their social status and wealth to ensnare their younger male suitors. But don’t you dare call them, “cougars!” They would prefer “black panthers.” This fun, feisty, romantic comedy explores the dynamics between the sexes, and highlights when a woman knows what she wants, she knows how to get it!   More information available here.

Rocket Mortgage FieldHouse hosts the third Taste of Black Cleveland: The Food Showcase 3.0 with the help of the NAACP, Cavs, Aramark and The Real Black Friday. 20 local Cleveland chefs will prepare their signature dishes for guests to sample and vote on. More info available here.

The Baseball Heritage Museum is hosting a special program, “Black Baseball Chronology,” that focuses on the involvement of African-Americans and people of color in American baseball. The presentation also chronicles the history of African-American baseball in Cleveland from the early 1920s through 1950, as well as barrier-breaking players like Jackie Robinson and Larry Doby.

Directed by: Sarah May

New York circa 1905 is a time and place where rigid social divides along the lines of race, religion, and class exist alongside a burgeoning population of immigrants from abroad and people from all over the U.S., who have moved to the city to seek their fortunes, bringing diversity, excitement,and change. Esther Mills, a skilled African-American seamstress, is able to navigate this changing, dangerous world with her needle and thread, as her talents are much in demand.
Please Note: The Sunday February 9th Performance has been purchased.
Approximate Run Time: 2hrs 30min. More info available here.

View the life of the fascinating aristocrat Joseph Boulogne (of mixed race) who became known as La Chevalier de Saint-Georges: an 18th Century a gifted musical composer, a prolific conductor of France’s leading orchestra, taught the Queen of France, the best fencer in France and possibly all of Europe, was a Colonel in the French Revolution, and survived two assassination attempts. Also examine the first African American female to receive a pilot license, Bessie Coleman. Her stunt flying shows drew huge audiences along with being a freedom fighter. The display includes photographs, a reproduction of a page of Saint-Georges’ music, a miniature replica of Bessie’s airplane, an article about each person, and much more. More info available here.

The Rock Hall’s annual Black History Month celebration is a cornerstone of its programming and outreach, recognizing the extraordinary contributions that African- Americans have made to rock & roll music. Since 1996, highlights have included conversations with Solomon Burke, Holland-Dozier-Holland, Ruth Brown, Al Green, Bobby Womack, Chuck D, Rahiem, and Little Anthony and the Imperials.

Leonard Bernstein strove for social justice and broke barriers throughout his career, notably by hiring African-American actors and conductors for the 1944 musical On The Town at a time when segregation pervaded American life. In celebration of Black History Month, join us for an enlightening panel discussion about race and representation in the arts, the history of African-American theatre organizations in Northeast Ohio, and their impact on communities today. Moderated by author and educator Afi Scruggs with panelists. More info available here.

Hailed as one of the most vital standard-bearers of modern African music, Fatoumata Diawara is boldly experimental yet respectful of her roots. Her spectacular 2011 debut album made the Malian singer and guitarist the most talked about new African artist on the planet. Hers is the voice of young African womanhood—proud of her heritage but with a vision that looks confidently to the future and a message that is universal. More info available here.

At the Cleveland Museum of Art, Open Access means the public now has the ability to  share, collaborate, remix, and reuse images of many as 30,000 public- domain artworks from the CMA’s world-renowned collection of art for commercial and non-commercial purposes.

Black History on Tap: The Living Legacy of Leo’s Casino

Explore the rich history of Cleveland’s African American community. We’ll be learning about the impressive  individuals who pioneered in the fine arts, music, and theatre throughout our city’s history. Celebrate their legacies with contemporary performances and an exclusive look at our collections.

In honor of Black History Month, throughout February, we will be highlighting black leaders, alumni and organizations that have made a significant impact on the African American experience.

The Black Art Experience (BAE) is a collaborative effort between the Multicultural Affairs and the COMO (the Council of Multicultural Organizations), will be the kickoff event for Black History Month 2019. This year the City of BG Human Relations Commission is also a sponsor. BGSU African American students will display their artwork in several mediums. Art pieces can include small and large-scale paintings, digital art, photography, fashion/clothing design, sculptures and pencil drawings. Dance and vocal performances will round out the event.

Black History Month at Oberlin, recognized since 1967, has helped to foster greater awareness of the history, politics, culture, and economics of the African diaspora. Our annual celebration features prominent civic and political leaders, scholars, and musicians of African descent, as well as events in arts, literature, and performance aesthetics that make our observance more enriching.