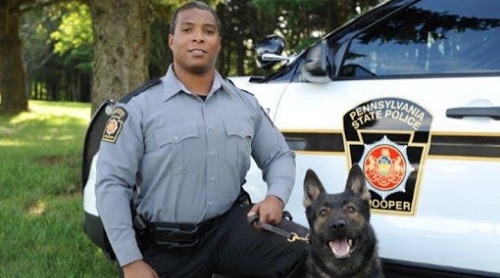 A Pennsylvania court gave law enforcement officers access to the world’s largest DNA database in the world. We don’t really know when this happened or why the cops wanted the data. Ancestry.com, however, refused to comply with the warrant and the issue hasn’t really been settled so…I’m sure everything will work out.

Every year, the genealogy and genetic testing behemoth Ancestry.com issues a year-end transparency report. This year’s report noted that the company received nine “valid” law enforcement requests for user information and provided information on six of those requests. Of course, everyone assumes these requests involved heinous violent crimes like murder, assault or Donald Trump in a Barneys dressing room.

Not quite. It’s mostly property crimes.

“Eight of the nine requests related to criminal investigations involving credit card misuse, fraud, and identity theft,” explains the Ancestry report, adding: “Ancestry received one request seeking access to Ancestry’s DNA database through a search warrant. Ancestry challenged the warrant on jurisdictional grounds and did not provide any customer data in response.”

A judge issued a search warrant for all your DNA data and the only reason it failed was on “jurisdictional grounds?”

But when Buzzfeed looked into the story, they discovered that the company hasn’t necessarily prevailed in keeping its database private, it simply hasn’t heard back from law enforcement officials yet.

The warrant came from a court in Pennsylvania, the company told BuzzFeed News by email, adding: “The warrant was improperly served on Ancestry and we did not provide any access or customer data in response. Ancestry has not received any follow up from law enforcement on this matter.”

For months, legal experts who follow investigative genetic genealogy have expected search warrants to be issued to Ancestry and its main competitor, 23andMe, which has about 10 million DNA profiles in its database. Both companies have publicly vowed to defend their customers’ genetic privacy, and say they will fight efforts to open up their databases to searches by police.

Investigative genetic genealogy is a new method used to solve crimes. It involves searching for genetic profiles that partially match DNA from crime scenes and then building family trees from these relatives to find a suspect. Until now, only two databases used by genealogy enthusiasts to research their family histories — GEDmatch, originally set up by hobbyists but now owned by the forensic genetics company Verogen, and the database run by FamilyTreeDNA — have been open to search requests from police.

Recently, law enforcement agencies have been solving crimes using DNA profiles that customers willingly handed over to private companies. The technique led to the 2018 arrest of the Golden State Killer, a former police officer suspected in four murders and at least 50 rapes dating back to the mid-1970s.

Do you see the problem now?

Prosecutors and police officers have also been known to rape, murder and falsify evidence. We’re supposed to trust them? Ask Jimmie Gardner, who spent 23 years in jail for rape before a court determined that forensic expert Fred Zain had a “long history of falsifying evidence in criminal prosecutions.” Ask Greg Taylor, who spent 16 years behind bars before officials determined that Georgia’s State Bureau of Investigations false analysis of a murder victim’s blood found in his care wasn’t even blood. Ask the three people who were executed from the same faulty evidence. Ask the 119 people whose convictions were overturned after Jackson County, Fla., Deputy Zachary Wester was arrested for falsifying evidence. Ask the scientists who determined that DNA evidence can be falsified and erroneously applied.

In any case, judges have increasingly forced private companies to hand over DNA databases to law enforcement agencies, even though scientific studies show these genomic analyses are often wrong.

This is not paranoia. This is healthy skepticism.

In fact, I’ve read so many of these stories, I even doubt Lizzo’s claim that she is, in fact, “100 percent that bitch.”