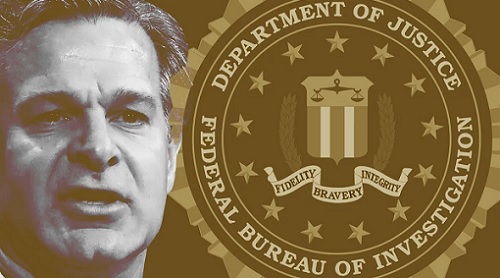 It’s crazy, y’all. I feel like four years ago we warned that if ol’ boy got elected it would embolden the worst of our society to do some heinous things. According to the FBI, unfortunately, we were right.

FBI director, Christopher Wray, has said that racially motivated violent extremists (read:white nationalists) have been elevated to a “national threat priority.” This designation places the risk of violence from these groups on the same level as ISIS. Yes, that ISIS. At an oversight hearing with the House Judicial Committee, Wray said, “Not only is the terror threat diverse-it’s unrelenting.” He also noted that most of the attacks are “fueled by some type of white supremacy.”

The FBI notes that these terrorists are particularly dangerous because they often work alone and become self-radicalized through the internet. Wray explained that these perpetrators often move quickly from rhetoric to violence and tend to target areas like shopping centers or places of worship. Most pointedly he said, “That threat is what we assess is the biggest threat to the homeland right now.”

Given the amount of synagogues, mosques and churches we’ve seen shot up,   civil rights monuments desecrated and the fact that a white nationalist rally resulted in a woman losing her life the only surprising thing here is how long it took them to do this. You would think Charlottesville would’ve been enough. Granted, when you have an administration run by literal white nationalists, the slow response time is to be expected I suppose.

So far this year the Joint Terrorism Task Force has arrested eight suspected members of “The Base” a neo-Nazi group that seeks to start a race war. Additionally, they’ve stopped bombing plots in Nevada and Colorado. It’s a good sign that they are being pro-active about this but hate crimes are still on the rise. In fact, 2018 had a record number of murders that constituted hate crimes.

White nationalism poses a severe threat to well-being of the American public yet, judging from the President’s State of the Union address you wouldn’t know it. Instead, he’s focused on “Radical Islamic Terror,” because if there is one thing white people love, it’s being afraid of brown people. Even though they have more of a chance getting caught in a rampage by some angry white kid named Kyle than an attack by ISIS.