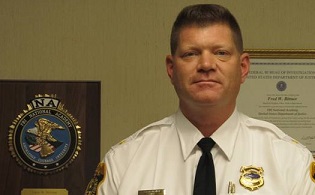 After City Council passed legislation Monday (Feb. 24) to spend $125,000 to purchase eight automatic license plate readers (ALPR), a pleased Mayfield Heights Police Chief Fred Bittner said this to those who break the law: “The message would be, look, don’t come here and do your crimes, because we’ll be able to find you a lot easier.”

Through a Cuyahoga County grant a couple of years ago, the MHPD obtained six such cameras. Those reader systems are located on Mayfield Road in front of Walmart, 6594 Mayfield Road. Three face westbound and three eastbound.

“Basically, our most traversed city entrances and exits would be covered by the system,” Bittner said. “So, anybody coming in the city and doing anything (illegal), we’ll be able to read your plate, at least, and get a picture of your car.”

Bittner said that, after two waves of county grants in the past two years, there are 50 to 60 such systems at work in various Cuyahoga County communities. The effectiveness of the cameras led Bittner and council members to want to purchase more for Mayfield Heights.

ALPRs can be mounted on street lights, poles, highway overpasses or even on police cars. The cameras capture not only license plate numbers and a photo of each passing car, but sometimes a photo of the driver and/or front-seat passenger. Information including the date and time a car passed the camera is also gained. All of the information is passed on to a central server.

“They (ALPRs) read the plates as a car goes through the intersection,” Bittner said. “And if there’s a warrant, driver suspension, any kind of TPO (temporary protection order) on the person, or some reason we should know why someone’s been entered into the LEADS system (Law Enforcement Automated Data System), we can monitor it.

“But the biggest reason they’re effective is, if a crime’s occurred and a witness tells us which direction (the suspect has) left, whatever time they’ve left, we can look at those cameras and see which direction a car has left.

“The cameras at Walmart, we’ve had great success,” he said, noting that shoplifters attempting to drive away are identified through the ALPRs.

Bittner said the server/database is overseen by the county, which means communities such as Mayfield Heights do not have to operate a server, which saves money.

ALPRs are becoming popular with police agencies, as a single camera can gather information on up to 50,000 cars per day. Bittner said such neighboring communities as Lyndhurst and Beachwood also utilize ALPRs.

“Every city in the county can look at the same database, and if they’re looking for someone, they can see if that car was seen in Mayfield Heights or somewhere else in the county,” he said. Bittner said that officers can monitor readouts at the cameras’ locations or while driving.

“I’m really in favor of those cameras,” Councilman Robert DeJohn, chairman of council’s Public Works and Services Committee, which arranged for the cameras’ purchase, told Bittner. “I just wanted to warn all the bad guys, we’re seeing you coming and going now.”