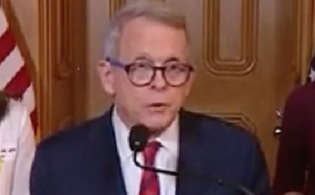 Most of Ohio’s Bureau of Motor Vehicle locations were closed indefinitely at the end of the day Wednesday, under the latest public health order from Gov. Mike DeWine.

Five BMV locations will remain open to continue issuing commercial drivers’ licenses (CDLs) — which DeWine said is considered essential to keep fighting the virus — but the other 181 will close.

The governor is asking the Ohio General Assembly to grant an extension for all other license renewals and instructing the Ohio State Highway Patrol not to issue tickets for expired licenses at this time.

Driver testing centers will also be closed, and “all other services will be online, by mail or will simply be paused,” DeWine said.

The governor acknowledged he had not yet required the state’s libraries to close, and indicated he does not intend to do so. Instead, he said he is leaving that choice up to the counties and the individual libraries themselves but to deliver whatever services they can while observing social distancing and in as safe a manner as possible.

Cuyahoga County and Cleveland-area libraries originally intended to stay open so that community resources remained available to patrons through the coronavirus crisis, but many library systems across Northeast Ohio closed over the weekend or drastically curtailed services and hours.

The governor also called on any and all still-open workplaces in Ohio – from factories to office buildings to essential government services — to take employees’ temperatures and be vigilant and “aggressive” about monitoring employee health and sending people home if they are ill.

Ohio was up to 88 confirmed COVID-19 cases by Wednesday afternoon, Dr. Amy Acton announced at the press conference.

Acton and the governor both spoke about the limited supply of coronavirus tests in the state and the need to avoid further straining already-stretched healthcare professionals, asking people to “reserve the limited tests that we do have for those Ohioans who are the sickest and the most at risk,” DeWine said.

DeWine asked residents “not to fixate on testing” and, for those who are not high-risk or are exhibiting only some of the known COVID-19 systems or just mild versions of them to simply “act like you have it: stay home, and so should everyone else in your home.

“The best and most responsible, the most heroic, the most patriotic thing you can do is to stay home,” he said.