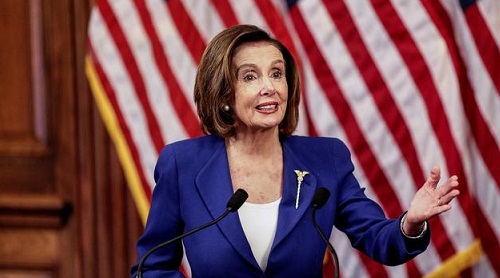 The $2 trillion coronavirus relief bill establishes a “special inspector general” to review and investigate loan decisions made by the treasury secretary.

The legislation establishes a “special inspector general” to review and investigate loan decisions made by the treasury secretary as part of the coronavirus relief effort, an accountability measure that was a central part of Democrats’ demands to shore up transparency in the bill. The provision requires the inspector general to notify Congress if he or she is “unreasonably refused or not provided” any information.

But in a signing statement issued shortly after he approved the bill, Trump says he’ll be the last word on whether this provision is followed.

“I do not understand, and my Administration will not treat, this provision as permitting the [inspector general] to issue reports to the Congress without the presidential supervision required” by Article II of the Constitution, Trump said in the signing statement.

Trump also indicated he would treat as optional a requirement in the bill that key congressional committees be consulted before Department of Veterans Affairs, Department of State or U.S. Agency for International Development spends or reallocates certain funds.

“These provisions are impermissible forms of congressional aggrandizement with respect to the execution of the laws,” Trump says in the statement.

A breakdown of the $2 trillion stimulus bill

Trump’s incursion on Congress’ involvement in key aspects of the law could rankle congressional Democrats, who conditioned their support for the enormous rescue package on stepped up oversight over the $500 billion fund meant to support distressed industries and companies.

One Democratic Senate aide indicated that this was a reason Congress built in multiple layers of oversight — including the new inspector general, a review council of other inspectors general and a congressional review committee charged with overseeing Treasury and the Federal Reserve’s efforts to implement the law.

Asked about the signing statement on MSNBC, Speaker Nancy Pelosi called the president’s move “no surprise.”

“But Congress will exercise its oversight,” Pelosi said. “And we will have our panel appointed by the House to, in real time, to make sure we know where those funds are going to be expended.”

“And just like that, the Congressional oversight provisions for the 1/2 TRILLION dollar Wall St slush fund (which were *already* too weak) are tossed away the day the bill is signed,” said Rep. Alexandria Ocasio-Cortez. “This is a frightening amount of public money to have given a corrupt admin w/ 0 accountability.”

Trump’s decision to override the requirement that the inspector general report concerns to Congress is reminiscent of his handling of the whistleblower complaint regarding Ukraine that ultimately led to his impeachment last year.

At the time, the intelligence community’s inspector general sought to relay to Congress a whistleblower complaint that Trump had abused his power by seeking Ukraine’s interference in the 2020 election. But top officials in the Justice Department and White House intervened, blocking the report from reaching Congress until subpoenas and a pressure campaign from House Democrats forced it into the open.

Trump, in his signing statement, is now suggesting that any legal requirement that an inspector general report to Congress is inherently improper without allowing for the president to make the ultimate decision.