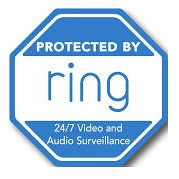 Grainy security footage shows an 8-year-old girl in her bedroom when an unfamiliar voice begins addressing her over the speaker. The stranger talks her, taunting her and claiming to be Santa Claus, before the voice cuts off.

The chilling episode is just the latest in a series of hacks that have targeted Ring cameras, Amazon’s internet-enabled home security cameras.

Another woman said last week that she heard a hacker’s voice over her Ring camera telling her dog to “wake the f— up.” There’s even a podcast dedicated to hacking Ring cameras live on air.

While the hacks are unsettling, they’re largely preventable. In response to the hacked bedroom footage, Amazon said it would bulk up its Ring security, but added that the hacker got the family’s username and password from “a separate, external, non-Ring service.”

Cybersecurity experts told Business Insider there are straightforward steps Ring owners can take to secure their devices from similar attacks.

“I personally use Ring for my own home … These intrusions aren’t due to vulnerabilities in the firmware but how the devices have been set up,” said Gavin Millard, vice president of intelligence for cybersecurity firm Tenable.

Here are the steps you can take to protect your Ring camera from similar hacks.

1. Turn on two-factor authentication in your Ring settings.

Two-factor authentication means the act of logging into your device requires both password input and confirmation on another device, like entering a code sent to your cell phone. That would stop hackers from getting in using a stolen password.

“One of the reasons I chose [Ring’s] ecosystem was its support of two-factor authentication, although this isn’t enabled by default. This means users must select this option for themselves when installing the devices,” Millard told Business Insider.

2. Check whether your passwords have been stolen in past data breaches.

There are websites that comb through data breach logs to check whether your email address and password have been stolen in a past data breach — one example is the website Have I Been Pwned. If your password has been stolen, change it immediately.

3. Ensure that Ring devices on the outside of your house are securely attached.

Preventing against hacks is one thing, but malicious actors could also steal physical Ring devices and use those to gain access to your network and security footage.

According to NordVPN, sharing videos on social media could pose a threat to your security.

In case of a breach, deleting old footage gives hackers less access to information about you and your home.

Here are some easy steps to make sure your passwords aren’t “low-hanging fruit” for hackers.

7. Make sure your Ring software is up-to-date.

Amazon has said it will issue more security updates going forward and urges all users to regularly update their software.