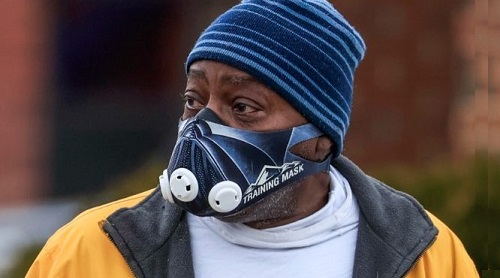 Counties across the country with a disproportionate number of African American residents accounted for 52 percent of diagnoses and 58 percent of coronavirus deaths nationally, according to a new study released yesterday.

The study, conducted by epidemiologists and clinician-researchers at four universities in conjunction with the nonprofit AIDS research organization amFar and PATH’s Center for Vaccine Innovation and Access, attempts to fill in the blanks as states report piecemeal data on race and ethnicity.

The study — performed by a dozen scientists and researchers from six organizations and universities, including Johns Hopkins’ Bloomberg School of Public Health, Emory University’s Rollins School of Public Health, and the University of Mississippi Medical Center — is one of the first to capture the impact on African American populations nationally. The scientists investigated data in counties with higher and lower proportions of black people.

Though the study is currently under review by a medical journal, the scientists felt an urgency to release their findings Tuesday in the hope that more complete data could influence policy decisions by state and federal governments. The findings back up trends in states such as Wisconsin and Louisiana, which have seen African Americans hit harder by the coronavirus compared with white residents.

“We know that being uninsured and crowded living conditions are associated with increases in Covid-19 diagnoses among black Americans,” said Millett, an epidemiologist.

Ninety-one percent of the 677 disproportionately black counties — those with black populations of 13 percent or greater — were located in the South. The study evaluated cases and deaths across 3,142 counties from Jan. 22 to April 13.

The disproportionate toll on African Americans “calls for interventions like considering emergency enrollment for the Affordable Care Act,” said Dr. Patrick Sullivan, professor of epidemiology at Emory University. “And in the longer term Medicaid expansion in the South.”

In late March, President Donald Trump rejected proposals for a special ACA enrollment period during the pandemic. Late last month, Trump tasked Housing and Urban Development Secretary Ben Carson with repurposing the existing White House Opportunity and Revitalization Council to help minority communities disproportionately affected by the virus. Carson and the council have yet to outline a timeline for such a plan.

As of April 12, there were 283,750 positive coronavirus cases in disproportionately black counties and 12,748 deaths, according to the study. By comparison, all other counties had 263,640 diagnoses and 8,886 deaths.

Democratic members of Congress, including members of the Congressional Black Caucus, are pushing to increase funding for testing and to direct tests to African American and other minority populations hit hardest by the virus.

The scientists involved in the study warned that African American and minority communities are probably not being tested at the rates of white communities, so the number of cases and deaths may well be underestimated.

Dr. Chris Beyrer, professor of epidemiology at Johns Hopkins, added that “occupational exposure” is expected to present higher risks for African Americans and Latinos as states move ahead with reopening. Only 16 percent of Latinos and 20 percent of African Americans are able to work from home, compared with 30 percent of white Americans, according to an analysis of Labor Department statistics by the Economic Policy Institute.

The demographic data used in the study came from 2018 census data; county breakdowns on chronic diseases came from CDC resources. The group of scientists said it intends to release a similar report on the national Latino population and coronavirus cases and deaths.