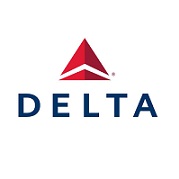 Most of us probably don’t have plans to fly anytime soon. If you do have plans to do so, and those plans involve Delta, then you might need to make a few adjustments.

This month the airline announced that it will be suspending service to 10 airports in the United States until at least September. Specifically, it will no longer be servicing:

The service suspendions starting May 13th, so if you have a flight planned out of any of those airports then you likely need to make a few changes. Delta says it will re-accommodate passengers whose travel has been impacted by the service suspensions.

All of the airports in question are located in markets where there is another major airport nearby that Delta does support. For instance, while Delta will not be servicing the airport in Oakland, it will still be servicing the San Francisco airport, which is relatively close by.

And if you do fly, remember you’ll also need a face-covering along with you for the ride. Delta along with a number of other airlines recently announced that face coverings would be required for all passengers onboard as well as at the check-in lobby, the Delta Sky Club, boarding gate, and jet bridge.

Emily is a tech, travel, and alcohol reporter based in San Francisco. She is also the author of the book “Productivity Hacks: 500+ Easy Ways to Accomplish More at Work–That Actually Work!”