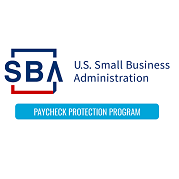 The Paycheck Protection Program, part of the Coronavirus Aid, Relief and Economic Security (CARES) Act, is supposed to provide financial assistance for small business owners who are struggling to stay in business due to the pandemic. A new survey shows that black and Latino businesses have been largely ignored by the PPP and other programs and haven’t had the same access to the help that other businesses have received.

From the New York Times:

The survey, conducted by the Global Strategy Group for two equal-rights organizations, Color of Change and UnidosUS, included interviews with 500 business owners and 1,200 workers from April 30 to May 18th. Just 12 percent of the owners who applied for aid from the Small Business Administration — most of them seeking loans in the $650 billion paycheck program — reported receiving what they had asked for, while 26 percent said they had received only a fraction of what they had requested. Nearly half of all owners said they anticipated having to permanently close in the next six months.

By comparison, in a survey of small businesses by the Census Bureau from April 26 to May 2, three-quarters said they had asked for a loan and 38 percent of them said they had received one.

“If we don’t get policies to protect these communities, we will lose a generation of black and brown businesses, which will have deep impacts on our entire country’s economy,” Color of Change president Rashad Robinson said, according to the Times.

In April, The Root reported that the Small Business Administration came under heavy criticism for allowing large businesses such as chain restaurants and hotels to receive PPP money while smaller businesses were finding it difficult to get loans and grants. It isn’t much of a surprise that minority-owned businesses are disproportionately affected by the discrepancy, but the GSG survey’s findings have prompted Color of Change and other equal-rights advocacy groups to push for initiatives that assure those businesses get fair access to the next wave of PPP funding.