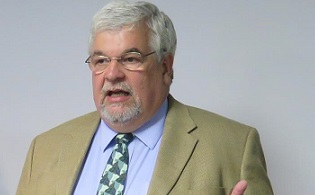 A survey released by the U.S. Census Bureau estimated that more than 500,000 Ohioans were unable to pay rent last month

The bureau’s Household Pulse Survey studies COVID-19’s impact on social and economic factors like employment, finances, food insecurity, housing, health and schooling. The latest poll indicated 12 million Americas did not pay last month’s rent and nearly 7.5 million have no confidence they will be able to pay next month; in Ohio, more than 360,000 renters say they will be unable to pay next month.

In some situations, time is of the essence. When a car crashed into his business in the middle of the night, Kevin was able to deal with the issue right away, thanks to Ring Alarm.

The Coalition on Homelessness and Housing in Ohio (COHHIO) — a league of organizations and individuals committed to ending homelessness and promoting universal housing — said Ohio’s housing crisis could escalate this summer as unemployment benefits expire and eviction proceedings resume throughout the state.

The Coronavirus Aid, Relief, and Economic Security Act, or the CARES Act, which has paid out $600 weekly to roughly 33 million workers is scheduled to end July 31, according to the U.S. Department of Labor. Additionally, eviction hearings in Columbus, Dayton and Cleveland have resumed after having been frozen, according to the Greater Ohio Policy Center.

“While politicians in Washington squabble over whether to do anything to help the millions of Americans who lost their jobs during this virus-induced recession, Gov. DeWine can take action right now to stop a wave of evictions that is coming,” Executive Director Bill Faith said in a press release. “No one who lost their job due to COVID-19 should also have to lose their home while the state is sitting on billions of dollars that could be used to help them pay the rent.”

Ohio has yet to implement statewide orders to prevent evictions and foreclosures during the pandemic, according to the Eviction Lab, a nationwide database of evictions created by Princeton University researchers. The Eviction Lab rates Ohio 0.58/5.00 on its COVID-19 Housing Policy Scorecard because of the state’s failure to enact impactful rent-relief policies.

While municipalities, like Columbus and Cleveland, are working to build emergency rental assistance programs, COHHIO said demand will quickly exceed current funds. In May, the City of Columbus allocated $2.65 million of its CARES Act funding to housing relief efforts, and a similar program in Cuyahoga County received more than 860 applications on its first day.

“Tenants’ financial hardship isn’t just a problem for them and their families. When so many people are unable to pay their rent, it could destabilize the entire housing market,” Faith said. “Doing nothing is not an option when you can see disaster on the horizon. We need emergency rental assistance now.”