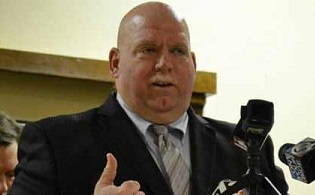 More than five years have passed since Cleveland agreed to sweeping reforms of its police department under a consent decree with the U.S. Department of Justice.

But the city is still years away from meeting its requirements.

Critics of the city’s progress point to the union as a roadblock since the beginning. While changes in policy and discipline are issued by the city, the union has some control over how discipline is handled through contract negotiations.

With the current contract, which went into effect in 2019 and runs through March of 2022, if an officer is suspended, that disciplinary action stays in their personnel file for up to three years. It used to be two years. The consent decree recommended 10 years.

Another change in the most recent police union contract – a citizen complaint against an officer can be filed anonymously. They used to have to be signed.

Even with the consent decree in place, the federal government isn’t involved in negotiating the police union contract. Cleveland’s mayor and law director are, but they don’t comment on how those negotiations go or what the city tried for and couldn’t get.

Critics of the Cleveland police often point to the arbitration process as one of the issues most in need of reform. It allows the union to appeal a disciplinary measure to an outside arbiter – usually a labor lawyer or retired judge.

“Invariably the arbitrator will say, ‘City, you were right, but maybe you were too harsh, so bring him back,” Jackson said, in response to the Justice Department’s findings.

But the arbitration rules haven’t changed in the police contract since 2010.

For one thing, binding arbitration is a process that’s required by state law. The contract also lays out a series of steps that must be followed after a decision on discipline has been reached.

Jonathan Smith, who oversaw the 2014 Justice Department investigation of the Cleveland Division of Police that led to the consent decree, said arbitrators often overturn or lessen discipline because of a procedural error, in Cleveland and elsewhere.

“And I think that is deeply problematic, particularly in the most serious cases, which are the ones that end up in arbitration,” Smith said.

Union Wins Two-Thirds Of The Time

The Community Police Commission, an agency established by the consent decree to provide independent oversight of the police department, reviewed all the city’s arbitration cases between 2014 and 2018.

The commission’s findings are included in the appendix of a report on police accountability, which shows the union won a reduction of officer discipline in two-thirds of cases. And of the 10 officers who were fired, seven got their jobs back after arbitration.

“What we saw is that arbitrators are just unlikely and unwilling to fire a police officer,” said LaToya Logan, a member of the commission since 2016 and leader of the police accountability working group. “They just don’t want to do it. And so in cases where they can reduce discipline or overturn a termination they will do it.”

Logan thinks the city’s charter needs to be changed to establish an outside oversight agency with the authority to discipline officers.

“You don’t wear a badge. You are not directly under the mayor. You operate outside of city council and you have the power to say ‘This is not right,’” Logan said.

The Response To Calls For Reform

Calls for new reforms, including changes to arbitration in Cleveland, have grown louder in response to the killing of George Floyd in Minnesota and Desmond Franklin, who was shot and killed by an off-duty Cleveland police officer in April.

Greg White, the city’s consent decree coordinator, said an outside agency is investigating the Franklin case. And the city has spent the last five years putting in new rules to address the problems that led to recent protests.

“Officer discipline starts with the accountability under the General Police Orders that we have revised over the course of the consent decree so far, first among them are the use of force policies,” White said.

White also said the city has added oversight within the department, strengthened the office that investigates citizen complaints and clarified the discipline officers face for misconduct.

The union contract is outside White’s responsibilities.

The consent decree may be coming to a close soon. The city can ask the federal judge overseeing the agreement to release it at any time. And even when they are completed to the satisfaction of local and federal governments, consent decrees may not address what citizens see as the problems with a local police force.

“There’s often a confusion about whether consent decrees are going to give communities the police department they want, or whether they’re simply going to give the community a constitutional police department,” said Smith, pointing out consent decrees actually aren’t meant to go as far as many would like. “And the work of taking that project further is one that’s political in nature and not one that can be fully achieved in the courts.”

White said the City of Cleveland will spend the next two years showing that reforms have taken hold. But that may not be enough for the city’s critics who have followed the process closely the last five years.

The Cleveland Police Patrolmen’s Association did not reply to ideastream’s request for an interview for this story.