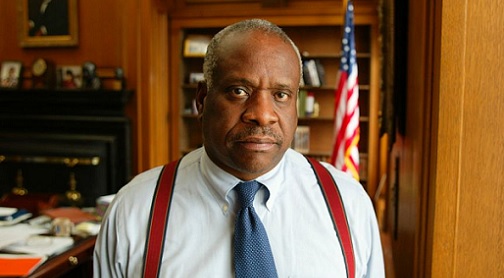 The banner which reads “Welcome to Clifton, where Black Lives Matter,” is displayed over the Main Street, a white-dominated town. According to Thomas’ wife, Black Lives Matter is a group that’s attempting to destabilize the nation.

“Would you please remove the BLM sign from Clifton?” she wrote to Holloway. “As leaders of this community, you should be smarter than promoting such a group as this, who uses race to foment chaos to destabilize the nation.”

However, the Mayor said he put up the banner to demonstrate unity with many U.S. citizens. Holloway, who also happens to be a lawyer, consulted the community about it and most of them were in support of his decision to post the sign. Also, the Mayor approved the sign due to protests against racial injustice and police brutality that were taking place in the town, following the death of George Floyd.

It was so chaotic that one of Holloway’s legal offices “had all of its windows smashed out of it,” the Mayor said. As such, they had to do something right away to save the situation.

Some people were shocked to see the banner in the town.

A Professor of the School of Global Journalism and Communication at Morgan State University, Dr Jason Johnson, said he was shocked to see the sign in town at such a time.

“I went to high school in Clifton Virginia,” Johnson wrote. “I’m waaaay more shocked that this banner was put up than I am about what Clarence Thomas’ wife thought about it.”

The Black Lives Matter Movement was revived after the brutal killing of George Floyd, Breonna Taylor, and other blacks. The death of innocent blacks in the hands of police officers has sparked nationwide protests, and most companies have been forced to join the movement or face alienation by consumers.

Meanwhile, Holloway hasn’t said whether the banner will be taken down or not, and Thomas hasn’t responded to requests for comment on her letter.