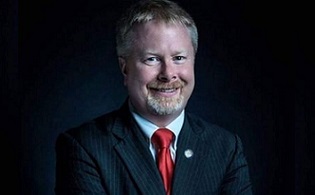 “The events of this week involving Speaker Householder put into stark relief the insidious and pervasive role played by dark money in American politics throughout the country,” said O’Brien. “Failure to repeal H.B. 6 would allow it to stand as a monument to the corrupting power of dark money interests – now and into the future – to bend the legislature to their will as long as they are willing to spend enough cash.”

Sponsored jointly with state Senator Stephanie Kunze (R-Hilliard), the bill comes in response to this week’s allegations that passage of H.B. 6 was achieved through a $61 million bribery scheme at the behest of Ohio House Speaker Larry Householder. The bill has already received bipartisan support from 15 senators, who have signed on as co-sponsors.

“I am proud to join Senator O’Brien to introduce legislation to repeal House Bill 6,” Kunze said. “We have learned over the last week about the corruption behind the House of Representatives’ introduction and passage of House Bill 6 last summer. Though the Senate made changes to the House bill, which was subsequently signed by the Governor, we now know that the bill was tainted with corruption from its start in the House. It is imperative that we right this wrong and repeal House Bill 6 to restore Ohioans’ confidence in the legislative process and do so without the shadow of dark money used to introduce this bill in the House.”

The bill now awaits a committee assignment, but Sen. O’Brien hopes for its swift movement through the legislature.