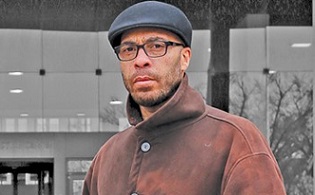 The Friends of the Bail Project – Cleveland received a $200,000 grant this month to support its launch in Northeast Ohio.

The Bail Project is a national nonprofit that provides free bail assistance to low-income Americans. The project is in its first year in Cleveland.

Locally, the Bail Project is reducing Cuyahoga County Jail’s pretrial detention population and providing services to people released from jail. In its first year in Cleveland, the project has posted bail for 237 people.

“We created this fund to help ensure ongoing infrastructure support for the critical work on the ground that is securing freedom for individuals in Cleveland and Cuyahoga County,” said Rob Martens, who, along with his wife, Holley, was among the initial contributors to the fund. “It’s amazing what The Bail Project has accomplished in just one year in Northeast Ohio, and we’re committed to the organization’s long-term success in our community.”

The grant was awarded by the Cleveland Foundation. The money will be used to support the local team in Cleveland, including staffing, administrative support and wraparound services.

“The work of The Bail Project aligns with the foundation’s longstanding commitment to racial equity and criminal justice reform,” said India Pierce Lee, Cleveland Foundation senior vice president for program. “We know Black residents are tragically overrepresented in the Cuyahoga County Jail population and we commend those who can give their support for this critical racial justice initiative.”