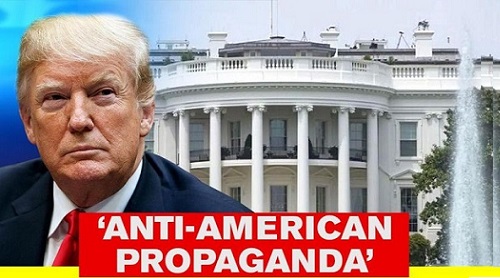 OPINION: The ‘get out the vote’ efforts of the Trump administration are betting that evangelicals prefer to ignore the truth about intersectionality

When Donald Trump introduced a ban on critical race theory in federal diversity training as un-American, I knew it was a bat signal in the sky to conservative evangelicals to save his electoral chances. According to Pew Research, only 59% of white evangelicals strongly approve of Trump’s job performance currently, down 8 points from April 2020. These evangelicals are still willing to vote for Trump, however, so the pressure is on to turn out these voters by reminding them that Trump’s views on race are consistent with conservative evangelical Christianity. Enter the ban.

Announced on a Friday night, the ban is designed to appeal to a segment of evangelical Christianity that is critical of all social justice activism, including critical race theory. This critique, articulated by influential pastors like John MacArthur, claims that along with critical race theory, intersectionality is contrary to biblical teaching and grounded in Marxism.

MacArthur’s post explicitly cautions, “It would be folly to pretend the social justice movement poses no threat whatsoever to evangelical conviction.” The true history of words like critical theory and intersectionality, according to MacArthur, reveals this threat.

Why, after decades of dominance in US politics, should an evangelical pastor like MacArthur see a need for this 2018 post? Inside the world of Christian activism there is a very real and growing multiracial movement of progressive Christians who take the Bible as seriously as their conservative counterparts. They have mounted a serious clap back against decades of conservative Christian pastors’ claims that the only Christian way to participate in American politics is to vote Republican.

Moral Mondays, Red Letter Christians, and nonpartisan organizations like Intervarsity Christian Fellowship are all learning about intersectionality as a lens that clarifies the complexities of inequality. Full disclosure: some of them have learned about it from me.

Let’s first correct the history: intersectionality’s ideas pre-date its name.  The name “intersectionality” took hold in the 1980s after two popular law review articles were published by Kimberlé Williams Crenshaw, who came out of the Critical Race Theory movement.  But even Crenshaw herself acknowledges that the ideas go back as far as Sojourner Truth, a Black Christian woman and former slave who once called out Frederick Douglass for his lack of faith in God.

Truth was not the originator of these ideas. Intersectional ideas go back further to a Black evangelical Christian woman, Maria Stewart, who first wrote and spoke publicly about ending racism and sexism in 1831. Stewart wrote about this intersectional idea 17 years before Karl Marx ever picked up his pen to write theories now called “Marxism,” and over a century before there was anything called critical race theory.

Just like in music and fashion, intersectionality’s ideas came back in the 1980s and 1990s; they didn’t begin there. Intersectionality as an idea was originated by a Black Christian woman, not a German secular intellectual.

Valerie Cooper argues in her book Word, Like Fire that Stewart’s religious, social and political ideas about ending racism and sexism emerge out of her deep Christian faith. Mentored by the better-known David Walker, whose “appeal” was an incendiary damnation of slavery, Stewart’s daring focus on the “Daughters of Africa” engendered stark backlash from the Black male pastors in Boston.

So much so, that Stewart was forced to move to New York City, where she gave up public life. Her “sin” was to speak publicly to a mixed audience about the sins of racism, sexism, and greed embodied in the system of U.S. chattel slavery.

Now, let’s correct the definition. Both conservative evangelicals and doctrinaire Marxists erroneously suggest that intersectionality is an additive theory about individual identities. This ignorance is perpetuated by videos that claim to explain intersectionality using a Venn diagram to show only some identities overlapping.

The diagram is used to promote a false intersectionality: the more oppressed identities you have, the more legitimacy you have.  Intersectionality is actually a lens no different from wearing glasses: it clarifies how worldly systems of oppression overlap to limit and distort the life chances of various groups of people. It is these systems of power that came together forcefully and were unbiblically used in slavery, according to Stewart.

Intersectionality critiques the identity politics created by systems that classify and target individuals because they are members of groups considered unworthy of basic human dignity.  It also criticizes class-based and conservative social movements that would prefer to be “color blind.” The get out the vote (GOTV) efforts of the Trump administration are betting that evangelicals prefer to ignore the truth about intersectionality. Don’t be one of them.

Ange-Marie Hancock Alfaro is Dean’s Professor of Political Science and International Relations at the University of Southern California and author of Intersectionality: An Intellectual History (2015).