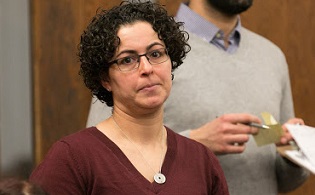 A former IT administrator for Cuyahoga County has pleaded guilty to obstructing official business and dereliction of duty.

“Our prosecutors continue to untangle the snarl of public corruption in Cuyahoga County,” Yost said. “Taxpayers deserve honest, clean, transparent government – the kind that works for the people, not themselves.”

McNeeley was first indicted in January 2019. She was accused of steering county contracts, worth more than $1 million, to Hyland Software, where her spouse was manager of the government contraction section.

The former IT administrator was also accused of recommended a $23 million contract with Ciber ERP, while not disclosing that her family had history with the company. McNeeley’s father, a former Pennsylvania Turnpike commissioner, had previously been convicted of commercial bribery for taking gifts from the company.