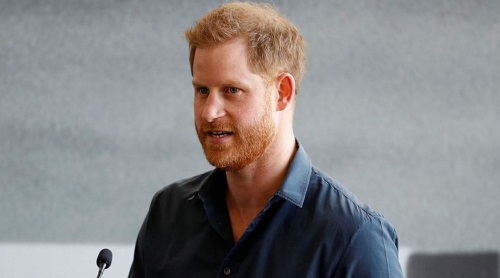 Prince Harry opens up about his awakening to the existence of systematic racism, saying “the world that we know has been created by White people for White people.”

According to Harry, it was only until recently that he realized the existence of racism in everyday life.

“I’ve had an awakening as such of my own, because I wasn’t aware of so many of the issues and so many of the problems within the UK, but also globally as well. I thought I did but I didn’t,” Harry told UK’s Evening Standard newspaper.

“I use that as just one example of where we as White people don’t always have the awareness of what it must be like for someone else of different colored skin, of Black skin, to be in the same situation as we are, where the world that we know has been created by White people for White people,” Harry said.

Harry and his wife Meghan were talking to the UK’s Evening Standard newspaper from their California home at the beginning of Black History Month, that’s celebrated every October in Britain.

During the discussion, Meghan praised the Black Lives Matter movement for bringing to life conversations about racism in the U.S. and across the globe.

The royal couple also mentioned prominent Black Britons, including Book Prize-winning author Bernardine Evaristo and Olympic boxer Nicola Adams. At the beginning of the year, the Duke and Duchess decided to separate from the royal family, sending tremors through the UK’s renowned institution.

Since then, Harry and Meghan have been talking openly about matters such as racism and the legacy of the empire.