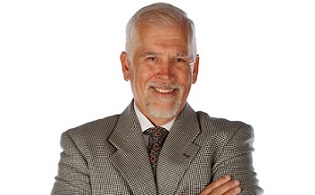 Ohio Secretary of State Frank LaRose last night provided a few updates on Midwest Direct, the Cleveland company that has recently been in the news for being woefully behind on printing and mailing out absentee ballots for the 16 Ohio county board of elections that contracted with the company this year.

The problems date back about three weeks, when reports out of Summit County and Lorain County noted that Midwest Direct was behind on the process from the very first batch, blaming a malfunctioning printing machine.

The problems continued. In Summit County, for example, Midwest Direct “botched the first 95,000 Summit County absentee ballots earlier this month — mailing them out up to six days late — botched a second batch of 14,000-15,000 ballots that were supposed to be mailed  the week of October 12th,” the Akron Beacon Journal reported .

In between, the company was the subject of a New York Times article that reported on a Trump flag that had flown, until recently, in front of the company’s headquarters in the Cudell neighborhood and the political leanings of its owners, brothers Richard and James Gebbie.

“We have freedom to vote for who we want and support who we want,” Richard Gebbie told the New York Times. “We fly a flag because my brother and I own the company and we support President Trump.”

While the article made clear that experts say there’s basically nothing a vendor can do to fudge with the integrity of a ballot, and that there’s no evidence the brothers intentionally delayed the process, readers nevertheless attempted to connect dots and ascribe sinister motives.

The Gebbies, meanwhile, claimed they weren’t to blame.

“It is fair to say today that no one — not the various boards of elections, not Ohio’s secretary of state, not our company — anticipated the staggering volume of mail-in ballot requests that has actually occurred,” they told the Times. “The estimates provided to us from the counties were not what ended up as the reality.”

Asserting that despite expectations of record voter turnout and a yearlong focus on mail-in balloting during a pandemic when the prospect of in-person voting has been a worry since spring is certainly something. But political affiliations aside, the easiest explanation for all of this is that Midwest Direct was simply and astoundingly bad at the core business it sold to clients.

And, according to Frank LaRose, it has fewer of them as of this week.

Nine of the 16 Ohio counties that had been using Midwest Direct have now “discontinued their relationship” and will begin fulfilling absentee ballot requests in-house, LaRose said last night, though he declined to mention the company by name.

“Many of you have heard that there’s a vendor in Northeast Ohio that had failed to really meet expectations on getting absentee ballots out on time,” LaRose said. “It’s truly unfortunate and unacceptable that they over-promised and under-delivered.”

While Midwest Direct, as of last night, told the state that it’s all caught up, “nine have decided to process ballots in house,” LaRose said.

“I want you to know that as soon as we became aware, we worked with all 16 counties to put contingency plans in place,” he said.

Absentee ballot requests should be made by Oct. 27th to ensure you receive one in time, though the official deadline is Oct. 31st. You can return your completed ballot by mail (two stamps! postmarked by Nov. 2) or by dropping it off in person at your local county board of election site.