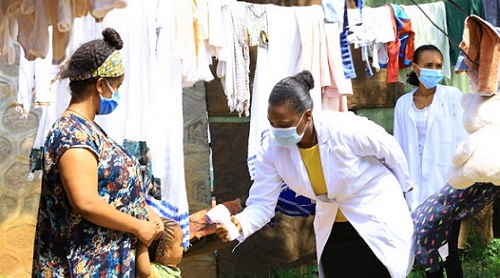 Based on a study conducted by Columbia University, the number of Americans living in poverty rose by 8 million since May, indicating a rise in poverty rates soon after early Coronavirus aid ended without more to follow.

Earlier on, the Federal Cares Act gave Americans a one-time stimulus check of $1,200 and unemployed workers an additional $600 each week. With that, the federal government was able to offset the growing rates of poverty in the spring, although the effects didn’t last long, as researchers established in the study published on Thursday.

Soon after the relief diminished towards the end of summer, poverty rates spiked again, the bigger percentage of those affected being minorities and children, the study reveals.

“The Cares Act, despite its flaws, was broadly successful in preventing large increases in poverty,” Zach Parolin, a postdoctoral researcher at Columbia University and one of the study’s authors, said.

In April, the federal aid saved at least 18 million Americans from poverty, Parolin said. However, as of September, the number dropped to about 4 million.

According to the U.S. Department of Health and Human Services, a family of four people earning $26,200 per year is considered to be living below the poverty line. That said, the total number of Americans living in poverty is 55 million, including the 8 million who joined the trend since May, the study reveals.

The study by the University of Columbia comes at a time when negotiations for a new Coronavirus relief package hit the wall, and millions of Americans continue to be without relief.

“We find that the monthly poverty rate increased from 15% to 16.7% from February to September 2020, even after taking the CARES Act’s income transfers into account,” the researchers wrote. “Increases in monthly poverty rates have been particularly acute for Black and Hispanic people, as well as for children.”

Another study recently published by the University of Chicago and the University of Notre Dame also established that poverty rates stabilized with the issuance of federal relief package amid the pandemic, but are now getting worse since the aid diminished.