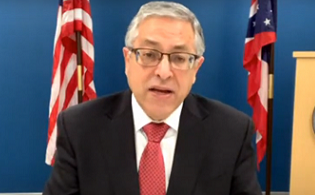 Sounding fed up like other public officials around the country, Cuyahoga County Executive Armond Budish today announced a stay-at-home advisory that will last through December 17th as Northeast Ohio sees staggering increases in Covid cases.

If you’re not going to work or school or getting essential items or picking up food from your favorite local restaurant, the message is clear: Stay home.

“Folks, our cases are going up, way up, and the mayor and I have made strong statements, we’ve asked and begged you to mask up, we’ve asked you to limit gatherings, we’ve asked you to let employees work from home,” Budish said. “We’re tired, but we can’t let up now. We’re in the fight of our lives. More Ohioans have now died from Covid than from the Korean and Vietnam Wars put together, and it’s getting worse every day. The board of health now projects that by next week we’ll see 1,000 cases a day, and at this rate our hospitals will be overwhelmed.”

Cleveland mayor Frank Jackson said the city will join the county’s guidance and efforts and will extend the civil emergency proclamation through the end of 2020.

Joining the press conference was Cuyahoga County Health Commissioner Terry Allan, who reiterated the pleas for the public to stay home in the face of an unprecedented surge of coronavirus cases.

“Hospital capacity is a real concern,” he said, noting the county’s positivity rate is 15% and climbing as the department has been forced to triage contact tracing efforts because there are simply too many to tackle. “It’s now more important than ever we follow state and federal guidance. We want you to stay home.”

With the exceptions of going to the grocery store or pharmacy, or going to work or school, they ask you to simply do nothing. Avoid public gatherings, avoid social gatherings of more than 10 people, forgo parties and celebrations, do not travel out of state, etc. Allan said the county is asking for employers to let any employees who can work from home to do so.

Budish cautioned that the responsibility to get the virus under control rests with every single resident and that “we’re going to drive these businesses to close” if the community spread continues apace. “And if they close, we’ll go back to seeing high unemployment numbers.”

“This is us asking people to do their part,” Mayor Jackson said, “so that there’s no necessity for a state shutdown down the horizon.”

The advisory is, of course, completely voluntary and unenforceable. Asking nicely hasn’t worked thus far, but who knows.

Gov. Mike DeWine earlier this week announced a statewide curfew from 10 p.m. to 5 a.m. for the next three weeks in lieu of enacting any shutdowns. 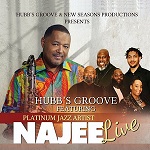