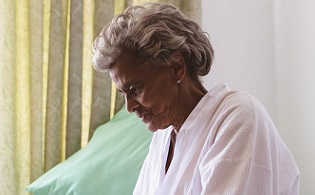 A report released by the American Health Care Association links community spread to the increasing coronavirus outbreaks in nursing homes.

After seven weeks of declining weekly coronavirus cases, nursing homes in Ohio and across the United States are seeing a new spike in cases, according to a report released this week by the American Health Care Association and National Center for Assisted Living.

The report, released Tuesday, ties the increasing number of cases in nursing homes to surging cases in communities.

The report comes as the United States continues to hit consecutive daily records related to the coronavirus. This week, the country saw a record number of people hospitalized due to the virus and has added nearly 1 million new cases in the first 10 days of November.

As of Nov. 1, in Ohio, 12,173 total coronavirus cases had been reported in nursing homes and long-term facilities, according to the Centers for Medicare and Medicaid. Cases can be seen by county via the Ohio Department of Health’s website.

Nationwide, more than 281,000 coronavirus cases and more than 63,600 deaths have been reported in U.S. nursing homes and long-term care facilities

After seven weeks of declining cases, nursing homes in 35 states reported a spike in cases starting in mid-September, according to the report released by the AHCA. In the following weeks, new weekly cases in U.S. nursing homes grew by 44 percent between mid-September and the week of Oct. 18.

Looking back further, an analysis of federal data from 20 states by The Associated Press found that new weekly cases among nursing homes and long-term care residents rose nearly fourfold from the end of May to late October. Resident deaths more than doubled.

Nursing home staff are also getting sick at higher rates. Weekly cases among staff in surge states more than quadrupled during that period, AP reported.

The report also shows an uptick in the number of coronavirus-related deaths within U.S. nursing homes. Nursing homes and other long-term care facilities account for about 1 percent of the U.S. population and 8 percent of total COVID-19 cases, but they represent 40 percent of COVID-19 deaths, according to the COVID Tracking Project.

Now, industry leaders are calling on Congress to pass additional relief legislation that would include $100 billion for more frequent, prioritized testing for staff and residents at nursing homes and long-term care facilities.

The Trump administration already allocated $5 billion to nursing homes, shipping nearly 14,000 fast-test machines and helping to shore up stocks of personal protective equipment. But Tamara Konetzka, a health researcher at the University of Chicago, told The Associated Press that nursing homes cannot be protected without controlling community spread.

Officials with the Centers for Medicare and Medicaid Services, however, issued a statement saying that “the bottom line is that the COVID-19 pandemic’s effect on nursing homes is complex and multifactorial.”