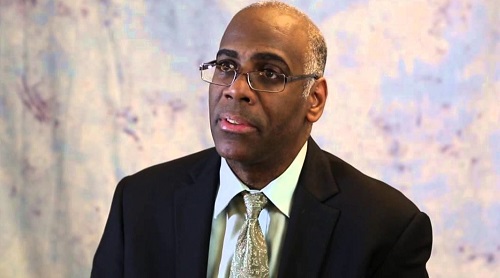 The oldest organization of Black physicians has vowed to independently vet the safety and effectiveness of any potential COVID-19 vaccine.

According to CBS News, the National Medical Association (NMA) is tracking the data due to fears that political motivations could outweigh safety concerns when it comes to a vaccine. “This is about ensuring safety for Operation Warp Speed. We’re really doing this to be a source of trusted information for our physicians and our community,” Dr. Leon McDougle, president of the NMA, told CBS News. Operation Warp Speed refers to the Trump Administration’s endeavor to quickly develop and distribute a coronavirus vaccine.

Infectious disease and immunization experts comprise the NMA’s task force. According to McDougle, the task force will be “reviewing the available data to help ensure appropriate evidence exists, and that in clinical trials diversity is represented, in order for us to speak to the safety and allocation within the African American community.”

A vaccine typically takes several years to develop, and the Trump administration’s push to have a vaccine out by the end of the year has led to concerns that standard regulatory practices will be disregarded. The NMA isn’t the only group that has voiced its concerns about a potential vaccine. Bill Gates, founder of Microsoft and philanthropist, has said that the Trump administration’s mishandling of the pandemic could erode public confidence in a potential vaccine.

Historical atrocities and years of receiving sub-par treatment has, understandably, led Black Americans to be more distrustful of the medical system than white people.

History is littered with examples of medical mistreatment of Black Americans, including experimental operations on enslaved Black women between 1845 and 1849 by Alabama surgeon J Marion Sims.

There’s also the notorious 40-year study by the Public Health Service and the Tuskegee Institute, in which nearly 400 Black men with syphilis were misled about being treated. The study was found to be “ethically unjustified” and participants were awarded $10 million in an-of-court settlement in 1974, according to an account by the Centers for Disease Control and Prevention.

McDougle cites recent events as shaking his faith in a potential vaccine. His skepticism began in May, when the CDC issued a directive that allowed doctors to test asymptomatic people from “racial and ethnic minority groups disproportionately affected by adverse COVID-19 outcomes — currently African Americans, Hispanics and some American Indian tribes,” only for them to remove any mention of race three days later.

Prior to the pandemic, the CDC had been “looked at worldwide as being the gold standard, but there are things that keep happening and people don’t have good explanations,” McDougle told CBS News.

McDougle is also concerned by questionable moves the Food and Drug Administration (FDA) has made, such as authorizing the emergency use of hydroxychloroquine and convalescent blood plasma on COVID-19 patients.

“There’s concern about some of these decisions being politicized,” McDougle said. “It even impairs the ability to complete the clinical trials appropriately.”

The FDA in particular has come under criticism for its mixed messages and backtracking. They authorized the use of hydroxychloroquine in March only to revoke it in June, citing “ongoing serious cardiac adverse events and other serious side effects.”

FDA Commissioner Stephen Hahn was accused by critics of overstating the benefits of using convalescent blood plasma to treat coronavirus. Hahn would backtrack his comments on its effectiveness the next day.

“There seems to be political influence and it’s disturbing,” McDougle said. “We want to help provide some clarity with the mixed messages out there.”

When asked by CBS News to comment on these mistakes, the FDA pointed to comments Hahn made before Congress. “I want to assure you and emphasize that every one of the decisions that we have reached have been made by career FDA scientists and based on science and data, not politics,” Hahn said.