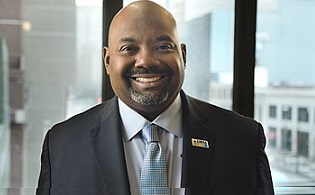 The attorneys for Arthur Keith, the 19-year-old man shot by housing authority police on Nov. 13, say they will start turning up the pressure on police and the Cuyahoga Metropolitan Housing Authority (CMHA) to release more information about the shooting.

“We were able to ascertain through our investigation, and, as I told you, we would be relentless and unrelenting in investigating this matter, and so we were able to find out the officer who killed Arthur Keith,” said Keith’s family’s attorney, Stanley Jackson from The Cochran Firm, during a Thursday press conference.

Ideastream is not printing the officer’s name because CMHA has not confirmed that he was the officer who shot Keith. CMHA cited the Confidential Law Enforcement Investigatory Records Act in saying they would not be releasing the officer’s name. They did say he was placed on paid administrative leave.

According to Jackson, the officer has been with the police since 1992, though Jackson did not say whether all of that time was with CMHA police.

The Cleveland Division of Police (CDP) is handling the investigation into the shooting. During a separate press conference, Chief Calvin Williams said the investigation remains open and would eventually be sent to a prosecutor for potential charges.

According to a statement provided by police in the immediate aftermath of the shooting, based on its preliminary investigation, CMHA police approached a van parked at the King Kennedy public housing complex because they suspected the vehicle had been used in a shooting a day earlier.

A CMHA officer ordered Keith out of the van, and he pointed a gun at the officer, according to the official statement.

“Shots were fired by the officer and the suspect male fled. After a short time, he collapsed. Officers then secured a firearm from the suspect,” said the police statement.

An eyewitness at the scene, who attended the press conference, said Keith was trying to run when he was shot. According to the eyewitness, there was no gun.

Keith’s family is calling on the police to release any video footage from CMHA cameras in the area of the shooting. CMHA declined to release footage, saying it is in the possession of CDP.

“Four days after the Tamir Rice shooting, the City of Cleveland and the Cleveland Police Department actually released the video,” said Jackson. “There is no precedence, considering there is still an investigation, to not release the video at this point because it would objectively show what happened on that day.”

Jackson said his investigators have obtained cell phone videos, but none showing the shooting, and they will release the footage after authenticating it.