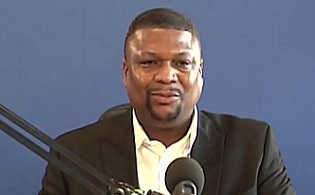 Pernel Jones Jr., the Cleveland funeral director who has served on Cuyahoga County Council since its creation a decade ago, won election as the body’s president.

He ran unopposed for the job, winning unanimous support from council’s seven Democrats and three Republicans. Jones, who has served as council’s vice president since 2015, replaces prior council president Dan Brady, who retired last month.

“This is an exciting moment,” Jones said at a virtual meeting. “The beginning of a new year, after all we’ve all gone through in 2020. I expect this to be a year of healing and moving forward and doing the best we can for the residents of Cuyahoga County.”

A Democrat, Jones won election to the council’s District 8 seat in 2010, representing parts of Cleveland’s East Side and the suburbs of Newburgh Heights, Cuyahoga Heights, Garfield Heights and Maple Heights.

Jones is one of county council’s charter members. In 2009, in the wake of a corruption scandal, Cuyahoga County voters scrapped the three-person board of county commissioners in favor of an 11-member legislative body.

He and his family run Pernel Jones and Sons Funeral Home in Cleveland’s Fairfax neighborhood.

Brady’s council seat remains empty for the moment. Under the county’s charter, Democratic precinct committee members in his West Side district will elect a successor to fill out his term.

“I want everyone to understand how committed I am to providing support and service countywide,” Stephens told colleagues at Monday’s meeting.

A former staffer at the Cuyahoga Land Bank, she is the chief executive officer of the East Akron Neighborhood Development Corporation. Stephens previously served as mayor of Cleveland Heights.