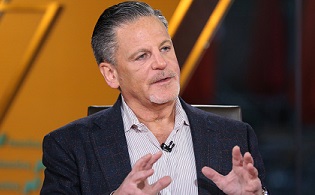 Dan Gilbert sold JACK Entertainment, his casino business that operated casinos in Cleveland and Detroit, to his now-former management team over the course of 2020.

The Cleveland operations were sold in early 2020 in a move that was quietly announced in a July 2020 press statement from Matt Cullen about his jump from Bedrock to JACK.

“I joined Bedrock last year at Dan’s request to provide needed direction and focus for the organization,” Cullen told the Detroit News last summer. “We agreed it would be a short-term role as I was concurrently negotiating the purchase of a controlling interest in the two JACK casinos in northeast Ohio. The transaction closed earlier this year and I am now the Executive Chairman and lead investor of the $1 billion enterprise, which is no longer part of Dan’s Family of Companies. Running this company with my partner Mark Dunkeson takes enormous time and attention. We are tremendously excited about the future of our gaming company and see the opportunity for significant growth moving forward.”

The remainder of JACK Entertainment was sold in December to Cullen and his team as well, as the Cleveland Jewish News reported over the weekend.

The major development was again, for some reason, not announced publicly. Matthew Cullen, JACK Entertainment board chairman, confirmed the sale when asked for comment by CJN on its scoop.

“As of December 2020, JACK Entertainment’s ownership has changed and no longer has any affiliation with Dan Gilbert’s family of companies,” Cullen said. “The JACK management team, who have been with the company since its inception, remains in place and now owns the controlling interest of the company.”

Cullen also said that JACK’s main operations have been moved from Detroit to Cleveland.

Gilbert, who suffered a stroke in early 2019, is now one of the 30 richest people in the world after taking Rocket Companies public last summer with some $34 billion to his name. He founded JACK, formerly known as Rock Gaming, in 2009.

The first phase of the Cleveland casino opened in 2012.

JACK sold its Cleveland real estate — the casino and Thistledown racino — to Vici Properties, a spinoff of Caesar’s Entertainment, in 2019 for $843 million. It operates them still in a leaseback agreement. It was just one of Gilbert’s gaming properties sold in a stretch that netted JACK some $2.6 billion over the course of that year.