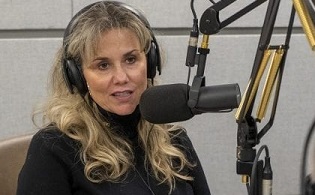 Black infants are still far more likely to die in Ohio than their white counterparts.

However, there were 356 Black infant deaths in 2019, up 17 deaths from 2018. The Ohio Department of Health said that Black infants are 2.8 times more likely to die in Ohio than white infants.

“Since my first full day in office, when we created the Home Visiting Advisory Committee, we have been working to reduce infant mortality and the racial disparities that exist. The situation is unacceptable: Race and ZIP code should never dictate your health outcomes,” said Gov. Mike DeWine.

The state’s goal is to get to 6 or fewer infant deaths per 1,000 live births — a goal for all racial and ethnic groups.

“Ohio set the goal of reducing the number of infant deaths to 6.0 infant deaths per 1,000 live births for all babies nearly a decade ago. We have yet to even come close to achieving equity for our mothers, babies, and families of color,” said ODH Director Stephanie McCloud.

The leading causes of infant deaths in Ohio in 2019 were:

How Ohio is Responding

This week, DeWine announced that he’s establishing the Eliminating Racial Disparities in Infant Mortality Task Force. The group will work with leaders across Ohio to identify changes the state should make to address racial disparities in infant mortality.

The task force will develop a strategy for reducing infant mortality rate and eliminating racial disparities by 2030. DeWine said the group will create recommendations for interventions, performance and quality improvement, data collection, and policies to advise the Governor’s Office of Children’s Initiatives.

The task force will start work in January 2021. Members of the group will hold listening sessions in Butler, Cuyahoga, Franklin, Hamilton, Lucas, Mahoning, Montgomery, Stark, Summit, Allen and Lorain Counties. Those 11 counties represent the areas with the most Black births and infant deaths.