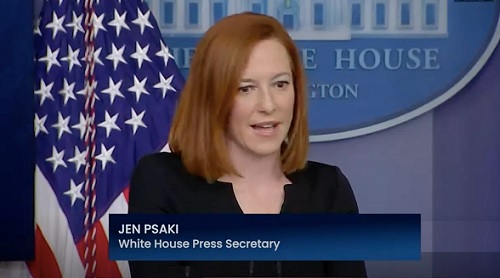 We can’t say President Joe Biden hasn’t hit the ground running. In his first week in the Oval Office, Biden has already directed federal law enforcement and national intelligence officials to complete an assessment of the threat posed by domestic violent extremism in America.

White House Press Secretary Jen Psaki made the announcement of the threat assessment at a press briefing on January 22nd, reports AP.

It’s a no-brainer move for any leader who’s paid cursory attention to what’s been happening in this country over the past few years—like rising incidents of hate crimes—and even the past few weeks, with the white supremacist-led insurrection at the U.S. Capitol.

The assessment of the situation at hand will be managed in part by the Office of the Director of National Intelligence, which was created in the wake of the 9/11 terrorist attacks and has responsibility for advising the president on issues of national security.

The threat assessment is being coordinated by the Office of the Director of National Intelligence, the FBI and the Department of Homeland Security, and will be used as a foundation to develop policy, the White House said. The National Security Council will do its own policy review to see how information about the problem can be better shared across the government.

“The Jan. 6 assault on the Capitol and the tragic deaths and destruction that occurred underscored what we all know: The rise of domestic violent extremism is a serious and growing national security threat,” Psaki said, adding that the administration will confront the problem with resources and policies but also “respect for constitutionally protected free speech and political activities.”

Asked whether new methods were needed, she said: “More needs to be done. That’s why the president is tasking the national security team to do exactly this review on the second full day in office.”

The review is expected to precede the creation of any specific policy initiatives to tackle domestic violent extremism.

“The key point here is that we want fact-based analysis upon which we can shape policy,” Psaki said at Friday’s briefing, according to the New York Times.

The deliberate approach to tackling the problem is probably a smart one, given the FBI’s previous findings that white supremacists have infiltrated law enforcement and a recent report that one in five of the people charged in the violent attack at the U.S. Capitol have military backgrounds. The tentacles of white extremist domestic terrorism run deep in America and so will require a well-planned, comprehensive effort to be fully uprooted.