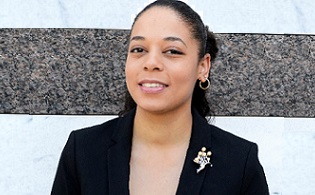 Motorists and cyclists won’t have to dodge quite as many potholes in the next two years because Cuyahoga County plans to use funds it didn’t spend during the 2020 road resurfacing season on 12 additional resurfacing projects.

Roads in high-poverty neighborhoods that have been rated in “very poor” condition by the county were given higher priority.

“There is huge need throughout the county for improved roads,” said county executive Armond Budish in a statement. “Generally, cities are responsible for road improvements. But we took a look at the communities facing higher levels of poverty and lower economic health and wanted to specifically do improvements in these areas to emphasize our continued dedication to investing in communities with a high need for support.”

The county’s contribution will be deducted from the overall cost of these road projects, which is estimated to cost between $17 million and $21 million. The windfall came about for several reasons, says county planning and program administrator Nichole English.

“Contractors were getting much more aggressive in their bidding,” she says, “and (Northeast Ohio Areawide Coordinating Agency) NOACA was able to get more bang for their road resurfacing buck.”

While NOACA is on the hook for 80% of the cost for these projects, it is more commonplace that the agency has available funds to cover only 50% of a project, English explains. Cuyahoga County will split the remaining balance with the city where the resurfacing takes place.

“Based on what NOACA gave there was a surplus,” English says. “So, we just put more money into that split [with the cities].”

Broken curbs will also be fixed and any crosswalk curbs that are not ADA-compliant will be replaced by the county. Improvements such as road diets—a re-striping practice that reduces the number of travel lanes so bike lanes can be added—would be considered for this pot of funds, English adds.

In general, costs for road resurfacing have been trending up, says English, who estimates resurfacing costs about $500,000 per lane mile, or $1 million per mile for a two-lane road. Cost is variable depending on the price of oil and how contractors are bidding, she says.

The benefits will be felt by cash-strapped cities.

“It’s good for residents and businesses,” she says. “If the county didn’t do this, the cities would have to. Now they can spend that money on other roads.”