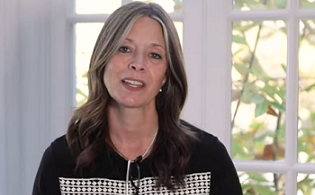 Acton announced that she would step down from her role at the Columbus Foundation in order to “carefully consider” her future plans.

“In recent weeks, there has been much speculation about my possible interest in running for the United States Senate in 2022,” Acton said in a statement. “Many Ohioans have shared with me their concerns and the daily challenges they face. They have expressed a need for a new approach that can help them, and their communities thrive. I am humbled by the outpouring of interest and support.”

Acton’s name has been floated as a possible Democratic candidate for Sen. Rob Portman’s open seat in 2022. Ohio’s Republican senator announced last week he would not seek re-election, sparking immediate speculation about contenders from the left and right who might seek office.

A former Ohio State University professor of public health, Acton made history as the first woman appointed to lead the Ohio Department of Health. Since leaving state government last summer, she’s served as director of the “Kind Columbus” initiative at the nonprofit Columbus Foundation.

“Whatever my decision, I know with absolute certainty I won’t stop working to provide healing and hope to all Ohioans,” Acton said in her statement.

Acton has never held elected office, but from the beginning of the coronavirus crisis in Ohio, she stood front and center, becoming a daily fixture during Gov. Mike DeWine’s televised briefings. As Ohio became an early leader in its pandemic response – closing K-12 schools and issuing a stay-at-home order before most other states – Acton won praise for her convincing communication skills, and inspired online fan clubs, songs and more.

Acton resigned that job in June after criticism from Republican state lawmakers and lawsuits from shuttered businesses, along with protests at her Bexley home, anti-Semitic rhetoric and threats of violence. She stayed on as the chief coronavirus adviser to DeWine over the summer, while GOP legislators moved to pass bills aimed at curbing the Health Department’s powers to issue statewide shutdowns and enforce public health orders.

Acton left state government entirely in August for a position at the Columbus Foundation, where she worked as a community research and grants management officer prior to leading the Ohio Department of Health.

No candidates have officially declared for the U.S. Senate race, although Rep. Tim Ryan (D-Ohio) is widely believed to be preparing for a run. On the Republican side, possible candidates include Ohio GOP chair Jane Timken and former Ohio Treasurer Josh Mandel, while others such as Rep. Jim Jordan (R-Ohio), Lt. Gov. Jon Husted and Attorney General Dave Yost have already withdrawn their names from consideration.