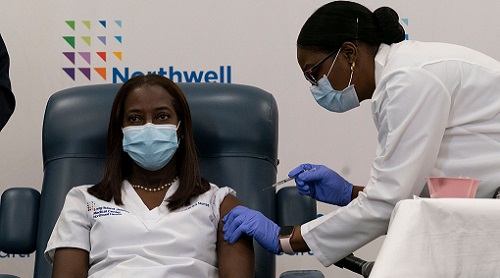 With racial disparities in the distribution of the currently approved COVID-19 vaccines already being a known problem, a new issue has also arisen in the fight against the coronavirus: lack of accurate vaccination data. Akilah Johnson from The Washington Post has reported that “Race and ethnicity data was missing for nearly half of all coronavirus vaccine recipients during the first month shots were available, further stymieing efforts to ensure an equitable response to a pandemic that continues to unduly burden communities of color.”

On Monday, Feb. 1, the Centers for Disease Control and Prevention released their Morbidity and Mortality Weekly Report — the nation’s most accurate picture of health and wellness within the country. This week’s report focused on the period from Dec. 14 to Jan. 14, which was the first full month of COVID-19 vaccine rollout in the U.S. While the period was obviously chaotic, the data also revealed that just days into the new program, health administrators were already having serious issues keeping track of those who have already gotten a vaccination shot and accurately tracking their demographic data.

Of the information that was available, the report showed that “63% of the nearly 13 million people vaccinated in that period were women, 55% were older than 50, and 60.4% were white.” But Johnson added, “race and ethnicity information was missing for about 48% of people who received at least one dose of the vaccine. About 14% of those who received at least one shot nationally were categorized as multiple or other race/ethnicity, 11.5% as Latino, 6% as Asian, and 5% Black.”

In an administration news briefing, Marcella Nunez-Smith, chair of President Biden’s COVID-19 equity task force, acknowledged the issue, telling reporters she was worried about how behind they were and emphasizing that “We cannot ensure an equitable vaccination program without data to guide us.”

While vaccination data may be missing, we do know that “the disease has spread through communities of color at higher rates, exposing the structural racism and inequality baked into the American health system that experts say has resulted in the virus’s disparate toll,” Johnson said. She added that “For nearly a year, health equity experts and lawmakers have called for better data tracking to shed light on disproportionate rates of cases, hospitalizations and deaths.”

Based on the data that health officials have been able to collect during the pandemic, we also know that “Black, Latino and Native American/Alaska Native people are up to 3.6 times more likely than White people to be hospitalized from COVID-19, while people in communities of color are more than twice as likely to die as White people from the disease,” Nunez-Smith said. She blamed these higher hospitalization rates and deaths on a combination of environmental, economic and political factors, as well as inadequate testing across the country.

In an interview with Johnson, Vanderbilt University professor Derek M. Griffith, an expert on racial and gender health disparities, said “this pattern of race and ethnicity is pretty predictable.” He explained that even those states are supposedly giving all citizens an equal shot at getting vaccinated, impoverished communities and those who are actually at the greatest risk often have a harder time accessing these opportunities and ultimately end up being left out or excluded.

“We must address these insufficient data points as an urgent priority,” Nunez-Smith concluded. “They don’t just hurt our statistics, they hurt the community.”