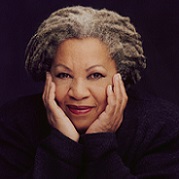 February 18 is now known as Toni Morrison Day in Ohio.

Morrison was an Ohio native and award-winning author. During her storied career she received the Noble Prize for Literature, the National Book Foundation’s Medal for Distinguished Contributions to American Letters, and the Presidential Medal of Freedom. Now her birthday will be known as Toni Morrison Day in Ohio.

Championing the cause of honoring Morrison were two Ohio politicians — state Reps. Joe Miller, from Amherst, and Stephanie Howse, from Cleveland. Their legislation, House Bill 325, was signed into law by Gov. Mike DeWine on Monday evening.

“One of my favorite quotes by Toni is from her novel Beloved: “Freeing yourself was one thing, claiming ownership of that freed self is another.” This is the essence of Lorain, and beautifully reflects the grit my district has demonstrated as it faced the loss of the steel mills, assembly plants and control over our children’s education. It was her determination in the face of adversity, and her use of the written word to encapsulate that ethos, that enabled her to tell her story, and the story of Lorain, so eloquently,” Miller said.

While trailblazing a literary path, Morrison also shattered barriers for editors. From 1967 to 1983 she served as the first female African-American editor in Random House history. She oversaw the publication of works by Gayl Jones, Toni Cade Bambara, Henry Dumas, Huey P. Newton, Muhammad Ali and Angela Davis. Like her writing, she showed a unique propensity for highlighting the work of people of color.

“I am pleased to see House Bill 325 signed into law. The designation of Toni Morrison Day acknowledges the profound contribution that Toni Morrison has made to the state of Ohio and arts and culture throughout the world. Toni Morrison’s brilliant vision, inspired creativity, and unique voice reshaped American culture, the world’s literary tradition, and set the stage for an entire generation of authors to tell their untold stories and celebrate the beautiful diversity of humankind,” Howse said.