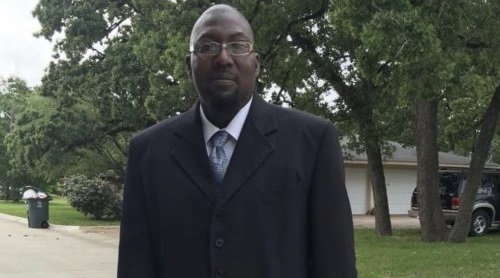 The pilot period for a program in Denver that sends healthcare workers to respond to calls for mental health and substance abuse issues has so far been a success, according to local officials.

CBS News reports that a six-month progress report on the Support Team Assisted Response (STAR) program has found that the program responded to 748 calls that included welfare checks, narcotic incidents, and mental health episodes. The report found that no police assistance was needed on any of the calls, and that not a single person was arrested. Police chief Paul Pazen told CBS News that he views the program as a success that “saves lives.”

In recent months, the deaths of Daniel Prude and Patrick Warren Sr. have placed a renewed spotlight on how the police handle situations where people are in crisis and dealing with mental illness. Research from the Treatment Advocacy Center shows that people with untreated mental illness are 16 times more likely to be shot and killed by law enforcement.

“By dismantling the mental illness treatment system, we have turned mental health crisis from a medical issue into a police matter,” John Snook, executive director and a co-author of the Treatment Advocacy Center study, said in a press release. “This is patently unfair, illogical and is proving harmful both to the individual in desperate need of care and the officer who is forced to respond.”

The progress report didn’t find any concerns about the STAR program, but did note that the only way to measure its effectiveness on a large scale is to, uh, increase the scale. “The STAR program has been successful based on the metrics and program goals we evaluated. However, the STAR program will continue to be successful only if the City can continue to engage and build with the community,” the report states.

During the pilot period, STAR teams were only allowed to work in certain areas of the city from 10 a.m-6 p.m, Monday-Friday. Pazen told CBS News that Denver Mayor Michael Hancock has agreed to put an additional $1.4 million into the program from the city’s general fund. This money will help the program expand to more areas around the city, and allow them to respond to calls seven days a week.

Programs similar to STAR have been explored in other cities across the country, including the Crisis Assistance Helping Out On The Streets (CAHOOTS) program in Eugene, Ore., that the STAR program was modeled after. President Joe Biden said on the campaign trail that his administration would fund programs like STAR that pairs specialized healthcare workers with law enforcement.

Pazen told CBS News that he would like to see a national rollout of a program similar to STAR. “I think it saves lives,” he said. “It prevents tragedies.”