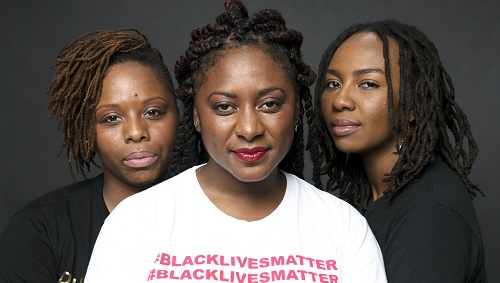 Following the deaths of George Floyd, Breonna Taylor and others over the summer of 2020 and the social uprising that occurred as a result, the Black Lives Matter Movement became the face of revolution and change within the U.S. And with that newfound prominence also came hefty donations — a remarkable $90 million in 2020 alone.

The Black Lives Matter Global Network Foundation recently revealed a “financial snapshot” of its finances exclusively to the Associated Press. According to AP reporter Aaron Morrison, the report “marks the first time in the movement’s nearly eight-year history that BLM leaders have revealed a detailed look at their finances.”

In the data shared with AP, BLM said it has used $21.7 million of the $90 million it took in last year to fund grants, official and unofficial BLM chapters, as well as 30 local Black-led organizations. The group also had expenses totaling approximately $8.4 million for “staffing, operating and administrative costs, along with activities such as civic engagement, rapid response and crisis intervention.”

That leaves the Black Lives Matter offices with cash reserves of approximately $60 million. In addition to ongoing anti-discrimination and social justice efforts, future plans for this money include additional infrastructure for the group plus a growing list of potential endowments.

“We want to uplift Black joy and liberation, not just Black death,” the group said in a statement it shared with the AP. “We want to see Black communities thriving, not just surviving.”

“One of our biggest goals this year is taking the dollars we were able to raise in 2020 and building out the institution we’ve been trying to build for the last seven and a half years,” BLM co-founder and executive director Patrisse Cullors said in an interview with Morrison.

However, the financial success of BLM hasn’t come without detractors as well — many of whom started out as grassroots volunteers or organizers in the group’s earliest days. Many of these individuals are concerned about the group’s “financial transparency, decision-making and accountability,” Morrison reported.

“Critics say the BLM Global Network Foundation has increasingly moved away from being a Black radical organizing hub and become a mainstream philanthropic and political organization run without democratic input from its earliest grassroots supporters,” he wrote.

“Although there are many groups that use “Black Lives Matter” or “BLM” in their names, less than a dozen are currently considered affiliates of the chapter network,” Morrison said.

Of that group, ten chapters — called the #BLM10 — have publicly complained about the amounts of foundation funding they have received. Going back as far as 2016, the multiple rounds of funding that have gone out to these groups have ranged from $800 and $69,000 — amounts chapter leaders say are vastly below what the Black Lives Matter Global Network Foundation was taking in. But Cullors doesn’t see it that way.

“Because the BLM movement was larger than life — and it is larger than life — people made very huge assumptions about what our actual finances looked like,” she told Morrison. “We were often scraping for money, and this year was the first year where we were resourced in the way we deserved to be.”