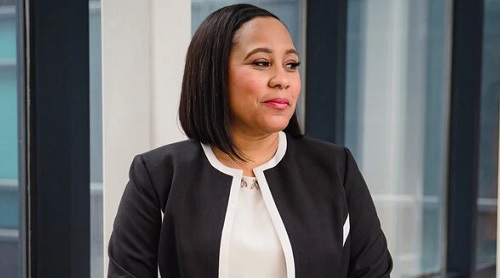 When she broke new ground as the first female to win election as the district attorney for Fulton County, Georgia, by handily defeating the incumbent Paul Howard Jr. on August 11, 2020, Fani Willis was no doubt unaware of the potential maelstrom that awaited her once she took office on January 1. Now the newly minted D.A. is set to investigate, and perhaps indict, Donald Trump for the infamous phone call he made to Brad Raffensperger, Georgia’s secretary of state.

On a recorded January 2 phone call, Trump attempted to cajole, and then bully, Raffensperger, a fellow Republican, into “finding 11,780 votes” in his favor, which would have been one more vote than he would need to win the election in Georgia. Raffensperger, after patiently explaining the accuracy of the vote-tallying process, refused to take part in the illegal scheme, thus incurring the wrath and everlasting enmity of the former president.

However, attempting to tamper with the outcome of an election is a felony in every state in the Union, and if Willis seeks an indictment against Trump, it will be historic, the first time a former president has been charged with a crime.  Nonetheless, in spite of the clear and convincing evidence of guilt heard on the phone call, Willis, a black female, will face a daunting challenge to win a conviction against Trump and whatever legal team he manages to patch together.

But looking at Fani Willis’ resume it appears that she is the right person at the right time in history to take on the challenge of protecting the sanctity of our electoral process. At the time of her election as Fulton County district attorney, Willis had worked as the managing attorney for the Law Office of Fani Willis, LLC, since 2018, where she focused on criminal and juvenile law and also took on numerous civil cases. In addition, she served as Chief Magistrate Judge for the City of South Fulton, Georgia, since 2019. Prior to that, she had worked as a deputy district attorney for the Fulton County District Attorney’s office from 2001 to 2018.

Born in Washington, D.C. on Oct. 27, 1971, her father is attorney John Clifford Floyd, a longtime civil rights activist. She earned a bachelor’s degree in political science and government from Howard University in 1993, and a J.D. from Emory Law School in 1996.  She is married to Fred Willis and they have two adult daughters.

But no matter the challenge, Trump’s legal team is going to be in for a real fight if Fani Willis decides to move forward with the indictment that the majority of the national legal community feels is warranted since no one in America should be considered to be above the law.