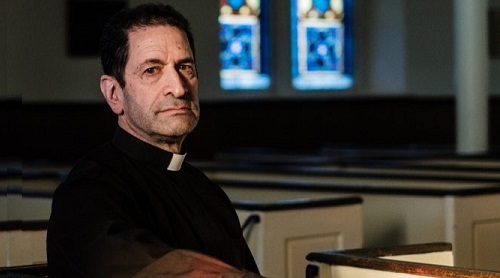 As the debate about reparations continues, this week, a group of Jesuit priests has pledged to raise $100 million for the descendants of people enslaved by the Catholic order.

According to the New York Times, the pledge is part of a new racial reconciliation initiative in the United States.

“This is an opportunity for Jesuits to begin a very serious process of truth and reconciliation,” said the Rev. Timothy P. Kesicki, President of the Jesuit Conference of Canada and the United States. “Our shameful history of Jesuit slaveholding in the United States has been taken off the dusty shelf, and it can never be put back.”

“The money raised by the Jesuits will flow into a new foundation established in partnership with a group of descendants, who pressed for negotiations with the Jesuits after learning from a series of articles in the New York Times that their ancestors had been sold in 1838,” notes the report.

“The order relied on slave labor and slave sales for more than a century to sustain the clergy and to help finance the construction and the day-to-day operations of churches and schools, including the nation’s first Catholic institution of higher learning, the college now known as Georgetown University.”

Father Kesicki confirmed his order has already deposited $15 million into a trust created to support the foundation, and the Jesuits have hired a national fund-raising firm that aims to raise the rest of the money within the next three to five years.

Joseph M. Stewart, the acting president of the newly created foundation, the Descendants Truth & Reconciliation Foundation, concedes that while $100 million falls short of the $1 billion that descendant leaders requested, it’s only their first step in a long term goal to support initiatives centered around healing the harm caused by systemic racism.

“We now have a pathway forward that has not been traveled before,” explained Stewart, a retired corporate executive whose ancestors were sold in 1838 to help save Georgetown from financial ruin.

“They did not come running to us, but because we went to them with open arms and open hearts, they responded,” Mr. Stewart said of the Jesuits. “They have embraced our vision.”

To his point, Georgetown University, which was founded by the Jesuits, has also pledged to raise approximately $400,000 a year to benefit the descendants of those enslaved by the order.

1789 and it is the oldest Catholic and Jesuit university in the U.S. (Photo by Alex Wong/Getty Images)

Recently, actress Erika Alexander announced that she teamed up with award-winning filmmaker Whitney Dow for a new podcast that explores the full picture of the subject with arguments both for and against restitution for Black-American descendants of enslaved people.

Alexander and Dow created Reparations: The Big Payback through her company Color Farm Media, and Charlamagne Tha God’s, and iHeartMedia’s The Black Effect Podcast Network. Together, they bring individual perspectives to the conversation and are joined by special guests and experts ranging from Rev. William Barber, Tom Steyer, Robin Rue Simmons, andmore. While they analyze reparations, the creative podcast investigates the underlying racist architecture of modern businesses, laws, policies, and institutions that have their roots in slavery.