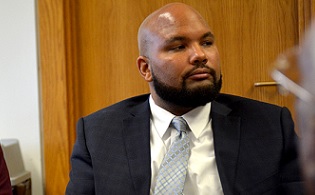 A Cleveland city councilman recently recounted an intense pursuit he had with a pair of robbers in his ward, according to a Cleveland.com report.

Councilman Joe Jones got a call from a business owner in his east-side neighborhood who saw two men rob employees at a Dollar General store, he said during a public safety committee hearing a week ago. Jones said he took his truck and joined the business owner in a pursuit of the pair, following them to a home on East 142nd Street, because the business owner was told no police officers were able to respond right away.

During the pursuit, Jones said he witnessed the men rob another dollar store, according to the report.

The councilman said he eventually did convince the police to respond, but even after an hour-long pursuit, they were unable to catch the thieves.

Jones told Cleveland.com that the incident occurred in either 2018 or 2019. He said it illustrates the city’s need for a larger police presence on the southeast side.