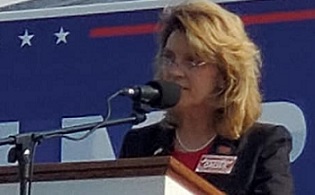 Sixteen Ohio House Republicans, seven of whom have publicly announced their declination to take a COVID-19 vaccine, proposed legislation …

Sixteen Ohio House Republicans, seven of whom have publicly announced their declination to take a COVID-19 vaccine, proposed legislation Tuesday to build legal protections for people who decline vaccinations.

Under the bill, governments, schools and private businesses could still impose a vaccine requirement. However, the bill would force them to exempt anyone who submits in writing a claim of medical contraindication, “natural immunity,” or “reasons of conscience, including religious conviction.”

After submitting their refusal in writing, people “shall not be required to do anything” more, under the bill.

People, businesses, and governments would not be able to “discriminate against, deny service or access to, segregate, require a facial covering or other vaccination status label for, or otherwise penalize an individual financially or socially” for declining a vaccine.

The legislation would apply for all vaccines, not just COVID-19.

Lead sponsor Rep. Jennifer Gross, R-West Chester, named the bill the “Enact Vaccine Choice and Anti-Discrimination Act.” She said in a news release that while she is “pro-vaccine,” it’s a matter of freedom.

“Without the exemption provisions this bill provides, the notion of a vaccine passport could easily lead to a class system in Ohio where segregation and discrimination will proliferate,” she said.

Ohio Advocates for Medical Freedom, an anti-vaccine advocacy group, said in a message on its Telegram that Gross has been “amazing to work with on bringing forward this bill.” OAMF, which advocates for broader immunization exemptions, regularly posts on its social media accounts misleading or inaccurate information about the COVID-19 vaccine.

Several news outlets, including the Dayton Daily News and the Cincinnati Enquirer, recently canvassed lawmakers on whether they’d take the COVID-19 vaccine.

Of the bill’s sponsors who answered when asked:

The bill’s introduction comes as more than 108 million Americans have received at least one dose of the COVID-19 vaccine, according to CDC data.

In the last several weeks, real world findings have shown some of the vaccines’ power and safety. For instance, CDC researchers followed nearly 4,000 health care workers who received some of the first COVID-19 vaccines from Pfizer/BioNTech and Moderna, finding they were 90% effective.

By February, Israel vaccinated 84% of its 70-and-up population. Researchers found the age group’s rates of COVID-19 patients requiring a ventilator suddenly plummeted when compared to younger citizens. This suggests the vaccine reduces the risk of severe COVID-19, according to the report.

Additionally, safety analysis of the first 13.8 million COVID-19 vaccines detected rare (4.5 per million) cases of anaphylaxis, within range of the same for several other common vaccines. A CDC report found the vaccines’ safety profile “reassuring.”

Vaccines have a long history of eradicating diseases. There hasn’t been a smallpox outbreak worldwide since 1980. The World Health Organization estimates vaccines prevented as many as 10 million deaths between 2010 and 2015 alone.

While vaccines protect individuals, they can also protect people in communities who cannot take vaccinations by limiting the pool of viable hosts for a virus — a concept known as herd immunity.

Gov. Mike DeWine has said on several occasions he has no plans to impose any mandate to receive the COVID-19 vaccine, nor create any kind of “vaccine passport” system to demonstrate immunization. Last week, he said he believed the facts would win out on their own.

Regardless, conservatives in the General Assembly have been quick to denounce the idea.

Rep. Haraz Ghanbari, R-Perrysburg, issued a statement Tuesday announcing his receipt of a COVID-19 vaccine, while noting he does not support any effort to mandate it.

How businesses plan to navigate a world on the tail end (hopefully) of a pandemic is unclear and seemingly the newest frontier in a culture war.

At the time, Ohio Chamber of Commerce spokeswoman Julie Wagner Feasel said while the Chamber generally supports letting businesses operate free from government interference, “a global pandemic like we’re experiencing here is obviously unprecedented and we’re discussing these types of issues with our members.”