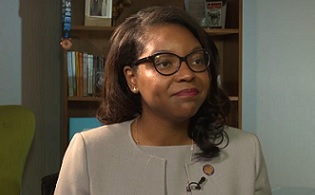 Democratic lawmakers want to go to the Ohio Supreme Court to extend deadlines to create new legislative maps, countering a Republican proposal to call on a statewide August election to vote on a constitutional amendment that would extend the state legislative redistricting deadline.

State lawmakers and the Redistricting Commission have deadlines for drawing new maps and House Democratic Leader Emilia Sykes (D-Akron) believes asking the state’s supreme court to extend those deadlines is the best option.

“It’s much simpler, it’s quicker, and it keeps the spirit of the reform that voters passed intact,” Sykes said.

Democrats are worried what they say could lead to legislative consequences in Senate President Matt Huffman’s (R-Lima) plan to ask voters to approve a deadline extension in a statewide election in August. That plan would only extend the process for redrawing state legislative districts.

The census data is expected to be released in mid-August and the state legislative maps are require a first round of approval by Sept. 1.

“Time’s clicking. We had a pandemic, yes. It delayed the census data, yes. But the fact remains that we still have time to get this done and get it done successfully,” said Sen. Kenny Yuko (D-Richmond Heights), Senate Democratic Leader.

Funding has been released for the redistricting commission to begin work on drawing up potential maps. Sykes and Yuko said this allows them to get new computers, software and consultants — but without finalized census data, the real work cannot begin.