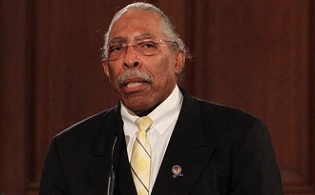 Some residents in Cleveland’s Lee-Harvard and Mt. Pleasant neighborhoods were confused when they received gift cards from longtime Ward 4 Councilman Ken Johnson over Memorial Day weekend. That’s in part because Johnson is currently suspended from the position.

A federal grand jury indicted Johnson earlier this year on charges he conspired to steal city funds and federal community development dollars. He pleaded not guilty in February.

But since then, some residents received a letter from Johnson with a $25 Dave’s Supermarket gift card. Johnson identified himself as the Ward 4 council member in the letter.

“As you know it’s my intention to continue this holiday program for as long as I am your Councilman,” the letter said. “As always, my interest and concern are for your safety and well-being.”

This is the first time Mariah Crenshaw has received a holiday gift card from Johnson’s office. The longtime resident shared an image of the mailing on her Facebook page.

Crenshaw doesn’t understand how Johnson can continue to identify himself as the ward’s representative, she said. Steps need to be taken to make sure his status is clear to residents, she said.

“It’s disturbing. It’s disturbing that no one has said anything about this except when I put it on social media,” Crenshaw said. “Now people notice it.”

Johnson did not respond to ideastream’s requests for an interview.

According to Ohio law, suspended public officials can’t exercise any of the rights, powers or responsibilities of their office during a suspension. But they do retain the title of their office during a suspension and continue to receive compensation until they are found guilty of any felony. Johnson still holds the title, according to a spokesman for the Ohio Supreme Court.

Envelopes used to send the letters had the Cleveland City Council seal in one corner. But they were mailed using ordinary postage stamps. They were not sent using city funds, Council President Kevin Kelley said, and no city staff were involved.

Kelley said he is aware of and collecting more information about the gift cards.

Following Johnson’s indictment, Kelley removed him from the chairmanship of council’s municipal services and properties committee, which oversees city parks, and a special panel of retired judges suspended Johnson from Cleveland City Council in April.

Ward 4 resident Marion Anita Gardner was selected Thursday as interim council member for the district, but will not run as a candidate for the position in the November election.

It is possible the gift cards were purchased when Johnson was still an active council member, said council spokesperson Joan Mazzolini in an email to ideastream, but no one would know that for certain. A council lawyer said Johnson should not be using the Cleveland City Council seal, Mazzolini explained.

“If [Johnson’s] paying for the gift cards out of his own pocket, council would have no knowledge,” Mazzolini said. “As you know, he is running for re-election, which is why he is using a look-a-like but not an actual official council envelope. Again, he would likely be paying out of his own pocket for these.”

Currently, Johnson has no access to city funds, Mazzolini said, as he lost access to city accounts when he was suspended. Johnson doesn’t have an office, parking space or paid staff through council, either, she said.