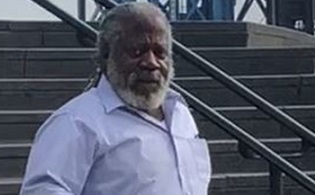 The former chief of the city of Cleveland’s Demolition Bureau has been sentenced to 21 months imprisonment.

Rufus Taylor, 62, was sentenced by U.S. District Court Judge Christopher Boyko. In addition to 21 months imprisonment, Taylor faces one year of supervised release and must pay a $5,000 fine.

Taylor previously pleaded guilty to bribery in federally funded program and extortion under color of official right, the Department of Justice noted.

Between 2012 and 2017, Taylor worked for the city of Cleveland as the chief of the Demolition Bureau. In his role, Taylor was responsible for assigning “board up” of vacant properties to contractors, emergency demolition jobs, and conducting inspections before a contractor could receive payment.

Taylor provided information on the lowest bid on projects, notification on emergency demolition jobs, and which companies were bidding on projects, court documents said.

The FBI, the Department of Housing and Urban Development’s Office of Inspector General and the Internal Revenue Service – Criminal Investigations led the investigation into Taylor.