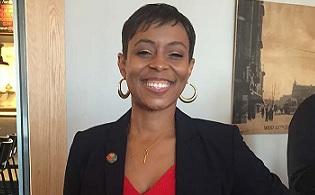 An open seat in any race always brings out a horde of candidates who sense opportunity (incumbents generally have a huge advantage). And when the seat safely belongs to one party or the other, the primary will be where the action is.

Such is the case with the congressional seat in Ohio’s eleventh district, a plum office that opened up when Marcia Fudge was appointed to President Biden’s cabinet. Her successor will be decided in the August 3 primary; there’s virtually no chance a Republican will win (Fudge has won all her races with around 80% of the vote). So it’s not surprising that 13 people have filed to run in that primary.

They include the usual perennial candidates who file for everything, as well as a number of former state legislators looking to get a foot back in the door and play on a much bigger stage. Many of the candidates are so obscure it’s impossible to find information on them.

That probably accounts for why only eight of them will be participating in a City Club forum Tuesday June 22. Chances are the other five couldn’t be tracked down or didn’t respond. (For the record, they are Martin Alexander, James Jerome Bell, Pamela Pinkney, Isaac Powell and Lateek Shabazz.) It’s dubbed a “debate” but it’s hard to see how much back-and-forth there could be — or the value of giving time to candidates’ accusations against each other — in a 90-minute event with eight candidates.

You can submit a question to debates@cityclub.org by June 15 @ 5PM to be considered for the virtual forum. Tune in to listen here.