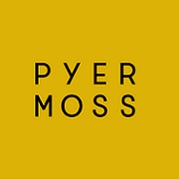 When Kerby Jean-Raymond’s looks walk the fashion runway this July at Paris Couture Week, the designer will be making history, becoming the first-ever Black American designer to present a collection at the acclaimed event — often described at the absolute pinnacle of global high fashion.

Kristen Rogers of CNN has reported that Jean-Raymond’s fashion label, Pyer Moss, has been invited to be a guest member of the official Chambre Syndicale de la Haute Couture and allowed to show its first couture collection this summer. Rogers said the event is significant not just for Jean-Raymond and American fashion, but also the fashion industry itself, which has been challenged recently to “combat racial prejudice and disparities within its own ranks and more broadly” in society as a whole.

Jean-Raymond described his clothing in a previous interview with CNN as an “art project that operates in the fashion space.”

“The brand, which he founded in 2013, embraces the power of fashion as a storytelling device, often weaving theater, activism and social commentary into its collections and runway shows,” Rogers said.

Jean-Raymond has dedicated previous collections on topics that he believes don’t get enough attention or representation in American life, including the history of Black cowboys and the day-to-day experiences of Black families.

Fashion followers may have already experienced Jean-Raymond’s work in the past. He dressed U.S. Vice President Kamala Harris during the moving and highly covered event during the 2021 inauguration when she joined President Biden and both their spouses in front of the reflecting pool at the Lincoln Memorial to view 400 lights illuminated on the water’s edge — a tribute to all the lives lost from the ongoing COVID-19 pandemic.

Rogers reported that “the announcement of the upcoming Pyer Moss couture collection comes after Jean-Raymond revealed that the brand will also return to New York Fashion Week in September 2021, where he will present a new ready-to-wear collection after a two-year hiatus.” According to Rogers, more details on the Pyer Moss haute couture collection, including its premiere date, will be announced in early June.