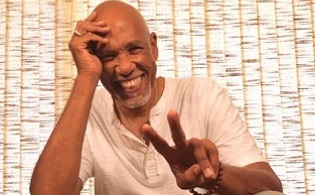 The Northeast Ohio music scene has lost a local legend. Guitarist and founder of the Cleveland reggae band I-Tal David “Papa Dave” Smeltz passed away Thursday, June 24, at the age of 66.

In a Facebook post, his daughters, Kelsey Belton and Shelbey Smeltz, wrote that their father had passed away “surrounded by family” after a long battle with COVID-19.

During the 1980s, I-Tal hosted regular Reggae Wednesday nights at Peabody’s Café in Cleveland Heights. Former bandmate Carlos Jones said in an email that Smeltz was an example of what a bandleader should be and that Jones learned a lot from him.

“He was a pioneer of what became Cleveland’s Reggae scene, and I think it’s safe to say that every Reggae artist and act that came after walked on the path that he laid with I-tal,” Jones said.

As beloved as Smeltz was in Cleveland’s music community, he was just as respected for getting and staying sober for two decades after many years of a hard-partying, rock-and-roll lifestyle.

In 2017, he spoke with Ideastream Public Media about his memoir, “Clean: From Reggae to Recovery.”

“I have to say my daughters were the impetus really for me starting to try to get sober. I found out later that you can’t get sober for anyone but yourself,” he said.

In 2010, Smeltz went on to found the recovery non-profit Clean House in Cleveland’s Buckeye neighborhood.

A musical tribute to David Smeltz is planned for Sunday, July 25, at The Beachland Ballroom.